Mumbai ,
The National Award-winning actor spoke of his struggle to the top, winning the National Award, Karan Johar's infamous party where his appearance and gesture made headlines and upcoming projects including working in the multi-starrer period drama Takht.

#On had “no clue” about the National Award
Kaushal’s performance in the blockbuster Uri: The Surgical Strike earned him his first best actor award. Kaushal was busy with a look test for an upcoming film while following the press conference live. “Hain” was his response when his name was announced alongside Ayushmann Khurrana who won for Andhadhun. Instead of jumping with joy Kaushal though had to settle down in the chair for 45 minutes to allow a team from US to put prosthetics. “I had to stay still when all I wanted to do was communicate with the world.”  Thereafter Kaushal called up his parents and then Khurrana to congratulate him.

#Kaushal knew he wouldn’t get a launch in Bollywood
Kaushal, son of renowned action director Sham, knew that he’d have to chart his own path in Bollywood. So Kaushal assisted Anurag Kashyap on Gangs of Wasseypur and also did theatre with actors Manav Kaul and Kumud Mishra. “I was prepared for it,” he said of the struggle. Kaushal recalled one particular “bad day” where during lunch he told his mother of how a career in Bollywood seems more and more a “distant dream”. “You need to believe it is going to happen.” He did, persevered and conquered. His upcoming big projects include playing Sam Maneckshaw and Uddham Singh.

#Amol Palekar’s Golmaal is one of Kaushal’s favourite films
The actor shared an anecdote from his days as an engineering student which involved him fulfilling his dream to give a job interview in Palekar style. This despite him knowing he never wanted to be an engineer. “I knew this is not for me,” he added. “This relationship is not going further.” The interview which he aced and quote a dialogue from US TV series Prison Break would end up becoming his first performance.

#Karan Johar had a pout on while shooting the now infamous house party video, teased Kaushal.
Also it was his fourth take to get the #SaturdayNightVibes right. “We all were like just get done with it, Karan,” said the actor. Craving to tell his side of the story he said he had just recovered from dengue while attending the late night party. When the news circulated with the accusation that the actors present were taking drugs, Kaushal was cut off spending time with the armed forces in Arunachal Pradesh. A blessing in hindsight. But the actor said while it is fair to make assumptions, fictionalizing it more was unfair.

#On playing Aurangzeb and working with Ranveer Singh in Takht
“I am not here to outperform,” said the actor about competition with Singh who plays Dara Shikoh and rumors that the script is being changed because his role is better. “My quest is to be as honest to the part as I can and live up to it in the best possible way.” Kaushal also praised Singh.  “I really look up to him. He’s amazing in Gully Boy and so many other films. I can switch from being an actor to audience in two seconds when I see him perform. There’s a camaraderie and he’s also guiding me.”
Read the full article
Tags: Vicky Kaushal India Today Conclave 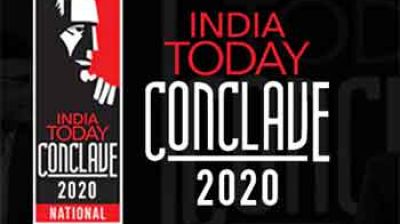 India Today Conclave 2020: Explores burning issues around the globe with the theme - #MercuryRising 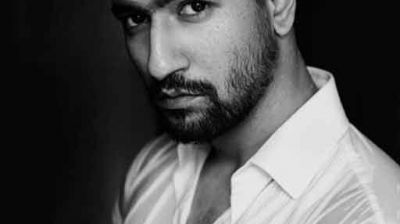 Meet most desirable men who will amaze you with their...

We will not allow infiltrators to remain on our soil 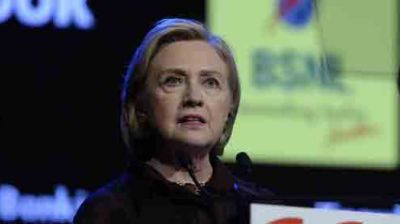 When great minds met, spoke and also had fun

Suresh Prabhu Putting Railways Back on Track: Being the Bogey...