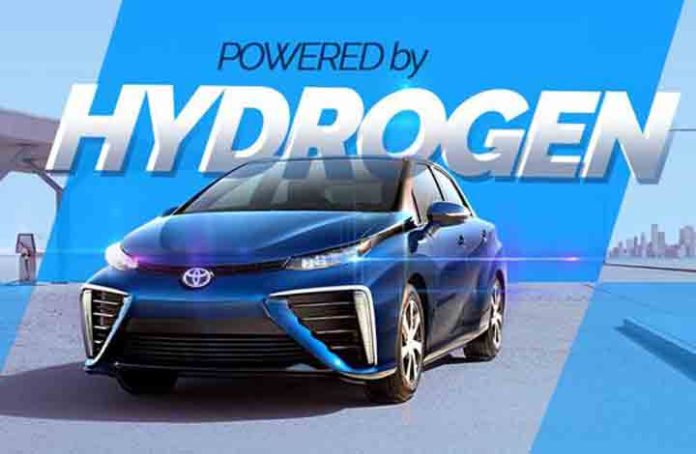 At the Auto Expo 2023, clean fuel vehicles have been introduced by the Japanese car company Toyota. One of these vehicles is the Toyota Mirai which is run on hydrogen. How many kilometers can this car run after filling the tank and what features are available in it. Hydrogen-powered car Mirai has been introduced by Toyota at Auto Expo 2023. This is the second generation Mirai car, which is a hydrogen fuel cell electric vehicle. A fuel cell battery pack has been provided for hydrogen in a hydrogen fuel cell electric vehicle.

What is the range

The hydrogen fuel cell electric vehicle Toyota Mirai can give a range of up to 650 kilometers once the fuel tank is full. It does not take time to refuel like an electric vehicle, but it can be refueled in maximum five minutes like a normal petrol or diesel car.

How does it work

Toyota Mirai is a hydrogen powered car. Electricity is produced after a reaction takes place between oxygen and hydrogen in the atmosphere. This then provides energy to the electric motor and the car can be driven. At the same time, excess energy is stored in the battery itself, which can be used later. Along with this, according to some media reports, a catalyst type filter has been installed. With this, Mirai also cleans the air when the car is driven.

Three tanks of hydrogen are installed in the car. These tanks are Type-4 tanks with high pressure. Which can easily store high pressure hydrogen. This gives the car a range of around 650 kilometers in a full charge. The car gets 134 kW power from the motor in it.

Coming to the features the Mirai will offer, apart from being attractive thanks to its powertrain, the Toyota Mirai also offers a feature-rich cabin to the customers. It offers features like 12.3-inch touchscreen display with connectivity features, color head-up display, panoramic view monitor, digital rearview mirror, wireless charger, panoramic sunroof, heated, ventilated seats, Toyota Teammate software for driver assistance and much more. does.

What is the length and width

What is the price

At present, this car has not been launched in the Indian market by the company. That’s why the price information is not available right now. But in March 2022, Toyota signed an MoU with the International Center for Automotive Technology. To study this, Toyota has introduced Mirai.

The Toyota Mirai hydrogen fuel cell electric vehicle has been showcased at the ongoing 2023 Auto Expo in Greater Noida. As you know, Toyota and the International Center for Automotive Technology (ICAT) began conducting a pilot study in early 2022 to evaluate the Mirai on Indian roads and climatic conditions. The pilot project, which was launched by Union Minister Nitin Gadkari The objective is to create an eco system for FCEV vehicles in the country. This is the second generation Mirai FCEV which is being used for R&D. PLC/GT

Brake Fail: What to do if the brakes of the car fail? Learn emergency tips