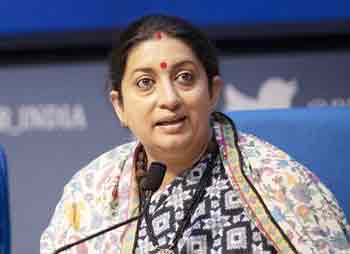 The “National Crime Records Bureau (NCRB) compiles and publishes information on crimes including trafficking in its publication “Crime in India” which is available till the year 2020 on the website of NCRB https://ncrb.gov.in. Latest published data pertains to the year 2020. Total number of cases in which women (above the age of 18 years) and children (below the age of 18 years) were trafficked during 2018 to 2020 are as under:

The human-trafficking is showing a declining trend over last 3 years.

Police” and “Public Order” are State subjects under the Seventh Schedule to the Constitution of India. The responsibility to maintain law and order as well as investigation and prosecution of crimes, including the crime of human trafficking, vests with respective State Governments, who are competent to deal with such offences under extant provisions of law. However, the Ministry of Home Affairs (MHA) has been supplementing the efforts of State Governments by undertaking various initiatives and measures. In 2020, MHA provided financial assistance to States and Union Territories (UTs) for strengthening the existing Anti Human Trafficking Units (AHTUs) and setting up new AHTUs, covering all districts of country with AHTUs. MHA has also been providing financial assistance to States and UTs for holding ‘Judicial Colloquiums’ and ‘State level conferences’ on periodic basis for sensitising police and judicial officers and to make available to them updated information on human trafficking. MHA has also been issuing various advisories and guidelines to States/UTs and other stakeholders on preventing and combating the crime of human trafficking. These advisories are available om MHA’s website at: https//www.mha.gov.in . The National Investigation Agency Act, 2008 was also amended in 2019 with a view to authorising the National Investigation Agency to investigate cases of human trafficking under Section 370 and 370A of Indian Penal Code, having inter-State and international ramifications. For addressing transnational issues of human trafficking, bilateral Memoranda of Understanding have been signed with Bangladesh, UAE, Cambodia and Myanmar. Multilateral instruments on human trafficking have also been signed by India.

Ministry of Women and Child Development is formulating a comprehensive legislation titled “Trafficking of Persons (Protection, Care and Rehabilitation) Bill”.

This information was given by the Union Minister of Women and Child Development, Smt. Smriti Zubin Irani,

Mission Poshan 2.0, Mission Shakti and Mission Vatsalya : These 3 Missions will be implemented during the 15th Finance Commission

You are never too young to do big things