Under the exclusive partnership, JHS retail has already set up 4 stores at New Delhi, Chandigarh and Raipur Airports, to set up three more stores in the near term at Kolkata, Bengaluru and Mumbai Airports

he company has successfully commenced operations in four stores at New Delhi, Chandigarh and Raipur airports.

"Through this partnership, we are developing an extensive network of Patanjali stores across all Indian airports. It is our effort to promote Indian Ayurveda globally by targeting Indian gateways and making brand Patanjali accessible to all commuters, national or foreign," says Mr. Nikhil Nanda, Managing Director at JHS Svendgaard Laboratories Ltd.

This week, the venture is all set to inaugurate it’s flagship store which is spread across 1000 sq ft. at Terminal 3, International Departures, of Indira Gandhi International Airport.

Swami Ramdev ji, the most famed Ayurveda and Yoga Guru, and face of Patanjali will be launching the store. Shri Hardeep Puri Ji Honourable MoS Civil Aviation, Urban Development and Housing and Commerce and Industry has gracefully consented to be the chief guest.

“With oral care products such as Dant Kanti, fortified with Ayurveda to make lives better and healthy, Patanjali has achieved unprecedented growth in the country, and beyond. We are excited to become a part of their vision and are promoting the brand Patanjali to give it a global presence." Shri Nikhil Nanda added. 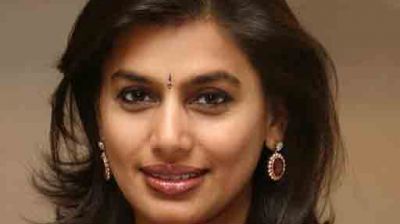 No other story would be more inspiring than the Baba...

Dabur, Baidyanath, Himalaya, Patanjali, Hamdard are some of the Major...