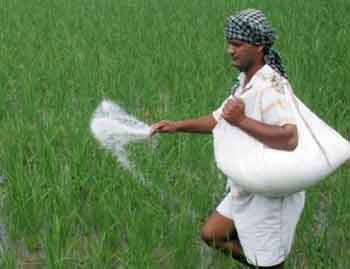 A total of 151 Districts (in 24 States) have already lifted fortified rice under Targeted Public Distribution System (TPDS) in Phase II of Rice Fortification Programme. Nearly 6.83 LMT have been distributed by the States/UTs under the phase which started from April 1, 2022. And under ICDS and PM POSHAN, nearly 7.36 LMT have been lifted by the States/UTs so far. Around 52% of the districts have lifted the foodgrains in the Phase II.

The Hon’ble PM in his address on the 75th Independence Day (15th August, 2021), announced the supply of Fortified Rice in every scheme of Government of India throughout the country by 2024 in a phased manner. Since then, the initiative has made good progress during the last one year.

Phase-I covering ICDS and PM POSHAN had been implemented during 2021-22 and nearly 17.51 LMT had been distributed in the States/UTs.

Meanwhile, the number of rice mills having blending infrastructure was 2690 with cumulative blending capacity of around 13.67 LMT as on 15th August 2021, has now increased to more than 9000 rice mills in the country which have installed blending infrastructure for production of fortified rice. The present cumulative monthly production capacity is around 60 LMT i.e. an increase of more than 4 times since last year.

Pertinently, Phase-II includes Phase I above plus all Aspirational Districts and High Burden districts (total 291 districts) under Targeted Public Distribution System and Other Welfare Schemes in all the States/UTs by March, 2023 with a total quantity of about 175 LMT of fortified rice has to be distributed.

NABL accredited Labs for testing of fortificants have been increased to 30 from 20 in August, 2021.

FSSAI the regulatory/licensing authority for food fortification, has drafted Standards for FRK, Pre-mix and provided the direction to all the stakeholders for operationalization of draft standards with immediate effect.  Bureau of Indian Standards (BIS) has also notified the standards for FRK, Pre-Mix (vitamins and minerals), Machineries (Blenders, Extruders and other allied machineries etc.)

NITI Aayog is also working with ICMR, NIN, MoHFW and other stakeholders for concurrent evaluation on impact of rice fortification initiative.

Efforts are being made to educate the public about the nutritional benefits of fortified rice through IEC campaigns, involving FSSAI, experts and Development Partners.

Fortification is the process of adding Fortified Rice Kernels (FRK), containing FSSAI prescribed micronutrients (Iron, Folic Acid, Vitamin B12) to normal Rice (Custom Milled Rice) in the ratio of 1:100 (Mixing 1 Kg of FRK with 100 Kg custom milled rice). Fortified rice is nearly identical to traditional rice in aroma, taste, and texture. This process is done in the rice mills at the time of milling of rice.

Rice fortification ecosystem has been enhanced significantly on boarding rice millers, FRK manufacturers, industries and other stakeholders for production and supply of fortified rice to meet the target requirement. As on date, there are more than 9000 rice mills in the country which have installed blending infrastructure for production of fortified rice and their cumulative monthly production capacity is around 60 LMT which is increased by more than 4 times since last year.  Last year up to 15th August 2021 the number of rice mills having blending infrastructure was 2690 with cumulative blending capacity around 13.67 LMT.

Fortification of rice is found to be a cost-effective and complementary strategy to increase vitamin and mineral content in diets with low turnaround time (TAT) and a step towards nutritional security and helps in fighting anaemia and malnutrition in the country. This strategy is implemented in many geographies in the world.

The mission COVID Suraksha is a national initiative aimed to provide safe, efficacious, affordable and accessible COVID-19 vaccines to all citizens