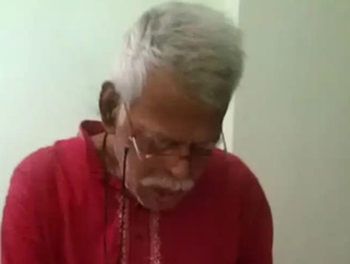 When I was admitted to Science College , Patna in 1968, the whole campus was agog with splendid 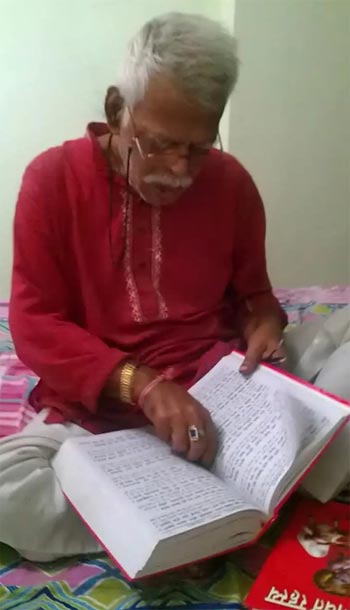 achievements of Dr Vashisht Narayan Singh who was admitted in B Sc Part 1 in Science College in 1963.
Dr Bikan Bhagat used to teach us Solid Geometry. His book on Solid Geometry was the prescribed book in Patna University . It was quite exciting to learn the subject  from the Professor who was also the author of the book . It is related that the great genius used to nag Prof B Bhagat by suggesting alternative and easier methods to solve the complex problems of Maths swerving  from traditional bookish approaches. Dr Bhagat took it as an affront and complained to Dr Nagendranath, Principal and great martinet and also a co-researcher with C V Raman, the Nobel Laureate. Dr Nagendranath summoned the meddlesome ‘boy’ and interrogated him. During interaction , he found , to his amazement and  dismay, the first-rate talent and profundity of mathematical knowledge of the student .  Prof Kailly, world famous mathematician, whose book was in our M Tech syllabus of Reliability Engg at IIT , Kharagpur, recognised the prodigious talent of Dr Vashisht Narayan Singh and took him to Berkeley University, California for Ph.D .For the first time, Patna University
Syndicate in an extraordinary meeting gave special dispensation for him to appear for BSc Hons exam without going through the motions, which he topped creditably.
There were stories of foreign scientists and experts as well as seniors at IIT Kanpur, ISI Kolkata and TFIR misbehaving  with the very young scientist and harassing him ,whose talent became point of jealousy and potential challenge to the  run -of -the – mill scientists and professors there. Apart from severe marital discord, the linhospitable and unseemly rivalry which made him feel  ‘outcaste’ in incongenial academic and research environs of India and abroad, also told upon his mental consciousness at a very impressionable age and ruined his initiatives. The professional antagonism prevailing in the premier science and research Institutes took its toll.
It is related of him that he used to borrow the single book on space vector from Patna University library which was abstruse even for the professors leave alone the researchers and post graduate students. Dr Nagendranath, a celebrated
Mathematician , also used to borrow the book occasionally . He was astounded to find some pencil marks correcting few mathematical expressions . Incidentally, only few mathematicians in this branch were there in the world who had the hang of the esoteric subject at that time and Dr Nagendra nath was perhaps the only Indian who had mastered this emerging area in mathematics.
He found out the name and details about the lone borrower ,other than himself, from the librarian and sent for Dr Vashisht Narayan Singh. The unassuming, rustic-looking student convincingly explained various mistakes and misconceptions in the book authored  by the world authority in that discipline. He recognised the tremendous intelligence and potential of the prodigy.
In 1974, during emergency , my Fufera brother, Prof R. C. Ishwar, who was HOD of Philosophy at Maharaja College Arrah, had a chance encounter with this genius at the residence of his homeopath friend where the schizophrenic genius was brought by his family members for treatment. On inquiry , they revealed their impecuniosity and difficulties in getting better treatment. I remember the story was highlighted in the Searchlight as well as the Indian nation by Dr R C Ishwar poignantly as a box item. The news attracted national media and almost all mainstream magazines and dailies covered the pitiable plight of languishing genius . Precious little was done to provide best treatment and to preserve and treasure his world shaking researches which might have opened new vistas in the areas of science and mathematics. He had even challenged the theory of relativity propounded by Nobel Laureate, Einstein.
A Titan of mathematics goes. The world is much the poorer with his passing away in tragic circumstances. May God accept His prodigious creation in His Kingdom and entrust him to oversee the areas he was excellently gifted with! RIP, the peerless mathematical soul !???? 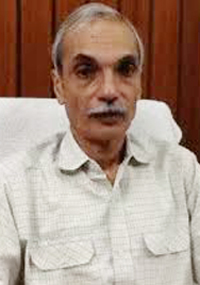 Administrator and Technocrat of International repute and a prolific writer . His writings depicts vivid pictures  of socio-economic scenario of developing & changing India , projects inherent values of the society and re-narrates the concept of modernization . Writing has always been one of his forte, alongside his ability for sharp, critical analysis and conceptual thinking. It was this foresight and his sharp and apt analysis of developmental processes gives him an edge over others.