HISTORY TV18 shines the spotlight on ancient Ujjain and its Lord

Ujjain - an ancient city in the heart of India-is a place where history and mythology converge. It was once the capital of a great kingdom that sought to unravel the mysteries oftime and space. Today, its cultural and religious epicenter is the temple of Shiva’s most powerful manifestation - Mahakaleshwar, Lord of Time. The modern city - fifth largest in Madhya Pradesh - still has an elemental connection with its past. Along with legends and oral histories passed down generations, Ujjain or Ujjaini was known to be an important centre of scientific discourse and the measurement of time. It is said that the temple of Mahakaleshwar is situated at the point where the ancient Indian PrimeMeridian and the Tropic of Cancer once intersected. In fact, Ujjain still has a functioning Jantar Mantar, one of four ancient Indian observatories and sundials, used for making astronomical calculations and measuring time. The city’s connection to the concept of time continues. The Hindu calendar era, Vikram Samvat is still in use. It is named afterVikramaditya - the legendary king of Ujjain. These and other fascinating facets of Ujjain, its presiding deity, the faith and festivity Shiva inspires, come together as a compelling story in ‘Mahakaleshwar- Legends of Shiva’ premiering Thursday, 5th September at 8pm on HISTORY TV18.

The site of Mahakaleshwar Temple is believed to be the most important of the twelve ‘Jyotirlingas’, where Shiva appeared as an endless column of light. Today, it draws lakhsof devotees from all over the country, especially during Mahashivaratri – the festival celebrating the union of Shiva and goddess ‘Parvati’. It’s a time for faith, fanfare and unfettered festive fervor. The documentary follows life in the city and the temple, leading up to the celebrations. With unprecedented access and scholarly insights, the documentary pulls back the layers, to uncover the hidden meanings, symbolism and significance of rituals, practices and beliefs. It provides an opportunity for viewers to experience colour, culture and tradition formed over millennia- a unique aspect of India’s heritage.

Like their city, the characters in the film also straddle tradition and modernity. Whether ascetic Aghori or cool millennial, they are at ease with life in modern times yet bound bybelief and devotion. Twenty-year-old Mansi is abiker and horse-riding enthusiast. She also regularly fasts for her beloved Shiva. Quirky costume collector, affectionately called “Muskurake”,is a school principal for whom Mahashivratri is the highlight of the year. For Ujjain’s award-winning Nagada Samrath, regular urban life is never at odds with his passion for creating Mahakaleshwar’s instrument of choice - the ‘Damru’. And for Aghori Baba Bam Bam Nath, devotion to Mahakaleshwar - the Lord of Time,transcends time itself.

Avinash Kaul, MD A+E Networks | TV18 and CEO Network18"At HISTORY TV18 we've always put forth best-in-class content that’s riveting, contemporary, and most of all relevant for our viewers. ‘Mahakaleshwar- Legends of Shiva’ is truly a one-of its kind documentary which celebrates the spirit of India with all its ancient wisdom and tradition coexisting beautifully with youth and modernity.”

Watch the premiere of ‘Mahakaleshwar- Legends of Shiva’ on   5th September, 8 PM only on HISTORY TV18. 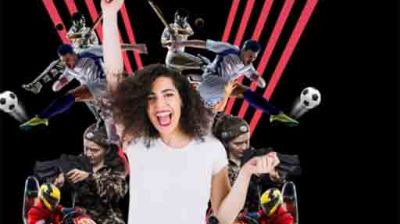 HISTORY TV18 is back with an all new season of...

Enter the hidden world of the military industry 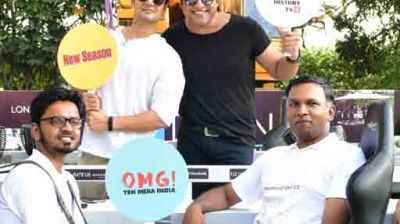 HISTORY TV18 is back with a new season of OMG