under PMGSY during 2017-18. Additional Chief Secretary, PWD Manisha Nanda and Chief Engineer, PMGSY A. K. Abrol received the awards on behalf of state government from Union Rural Development Minister Narendra Singh Tomar at New Delhi on Tuesday. The Chief Minister informed that state had been awarded for best overall performance in terms of quality during 2017-18 and had also been adjudged among top three ranks in maximum construction of roads and maximum construction of roads in length with green technology under PMGSY during 2017-18. He said that state had over achieved the target of construction of 1700 kms roads set by Government of India and 1773 km roads had been constructed in the state thereby providing connectivity to habitations under PMGSY. He added that 72 km roads have been constructed in green technology. Jai Ram Thakur said that since the state had over achieved the target during 2017-18, the target had been further raised from 1700 to 2400 km this year which was a great achievement for the state and public works department was geared up to perform best this year also. He said that 1214 new road length was constructed to provide connectivity to 59 habitations having population 1000 plus 12 habitations of population between 500 to 999 and 43 habitations having population between 249 to 500. He said that in addition to this, 18 bridges had also been constructed. He said that PMGSY was playing a significant role in strengthening road connectivity in rural areas and it had special importance for a hill state like Himachal Pradesh where roads were the main mode of connectivity. The Chief Minister said that Himachal Pradesh ranked top in India Today's rankings in 2017 for demonstrating capacity to build roads in tough terrain. He congratulated the PWD department for good performance and hoped that this would continue in future also. ACS, Manisha Nanda assured the Chief Minister that the department would put in best efforts to achieve targets this year too and would strive to bring laurels to state besides serving the people of state. Union Minister of State for Rural Development Ram Kripal Yadav, Secretary RD Amarjeet Sinha, Award winning representatives of all states and officers of the Union Ministry and H.P Rural Development department were present on this occasion.

ICAR has done a commendable job to bring research and... 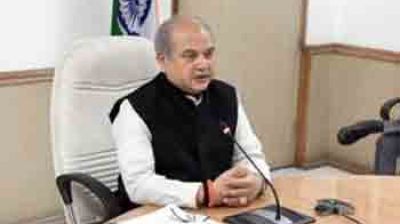 The production estimates are highest so far and it reflects... 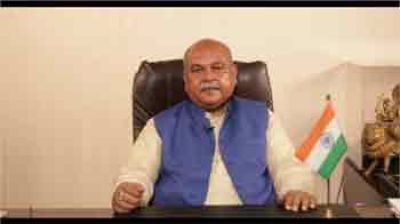 Indian side to raise the issues with his concerned colleagues...

The MoU will remain valid for a period of five... 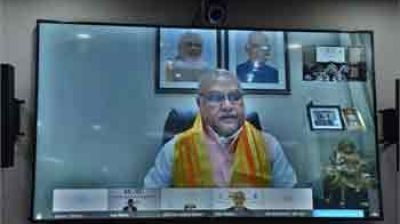