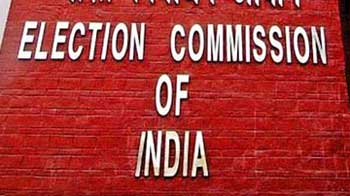 Now less than 2 days are left for voting in Himachal Pradesh assembly elections. There teams of central security forces have become ready. 67 companies of Central Armed Police Forces have been deployed by the Center to conduct peaceful polling in the state. These include about 6,700 jawans. 15 companies of CRPF have also been included in this. The Election Commission had demanded the Union Home Ministry to deploy 67 companies this time. In the last election 65 companies of the Central Armed Forces were deployed.

According to the Election Commission, one CRPF personnel, two home guards, three to four police personnel will be stationed in every polling station in view of this election. Apart from Himachal Police, Central Security Force personnel will also be deployed to keep vigil on the borders of other states adjoining Himachal. The EVM machines will also be kept under the supervision of the Central Armed Police Forces after the polling.

It is noteworthy that in Himachal Pradesh, voting will be held in a single phase on November 12 and results will be declared on December 8. According to the Election Commission data, 55,07,261 voters will exercise their franchise for 68 assembly seats in Himachal Pradesh this time. PLC/GT