“Wherever we plant, we should plant five trees and the cluster of five trees and we may call it panchvati. And the idea behind this panchvati is to fight malnutrition, the people who are living in the slum areas are positively 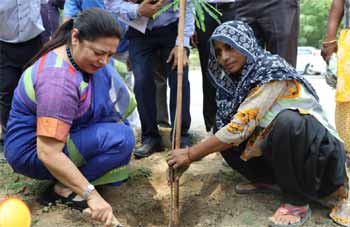 malnutrition and malnourishment is not among the people, who have lack of resources. But it is due to wrong diet, bad habit and bad lifestyle.”

This has been observed by Member Parliament, Smt.Meenakashi Lekhi, while speaking after planting a sapling of ‘Avla’ tree in Nehru Park in New Delhi today.

Delhi is one of the greener areas in comparison to other metropolitan cities and we should further enhance its green cover in order to beat the malnutrition by planting indigenous trees saplings of like mango, guava, pomegranate, avla, bail-patr, which may serve as preventive of health care, she added.

The Member Parliament informed that during the current monsoon season the NDMC has a target for planting 2500 fruit bearing trees like mango, guava, Chiccu, bel patr, orange, jammun and pear in its gardens, along circular roads and residential colonies. Besides, 1700 trees, 30 thousand shrubs and 50 thousand ground covers will be developed during this monsoon season, she added.

Expressing his satisfaction over the 80 percent surviving rate of the saplings during the previous years, she exhorted the NDMC employees to maintain this rate and lookafter and safeguard the saplings with desired care. And called upon the residents of New Delhi area to come forward to plant more saplings not only in their surrounding areas but wherever the space is available saplings be planted in maximum number.

Chairman-NDMC, Shri Naresh Kumar informed that with the sustained efforts made by the team NDMC, the green cover of New Delhi area had been enhanced from 46 to 50 percent during the last four years and added that for further enhancement of this green cover, the NDMC has decided to develop a hi-tech nursery at Yamuna Catchment area in South Delhi just opposite the Sarai Kala Khan. And 25 acres of land had been taken from the DDA for the purpose. The tender process has been initiated for finalizing the bidder to kick off the project, he said.

The team of Health Department of NDMC had undertaken an intensive drive to check the rooftops of Government Buildings, Private Buildings, Hospitals, Schools and Residential Colonies in all its 14 circles in New Delhi area for taking precautionary measures to check and control in spreading dengue, malaria and chikungunya diseases. During the drive as many as 1140 houses had been visited out of which 33 houses were found positive, whereas the total containers 5825 were check and out of that 65 were found positive and as many as 235 notices have been issued. 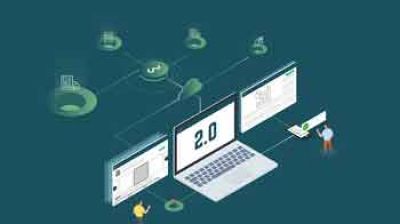 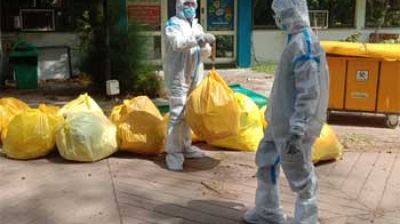 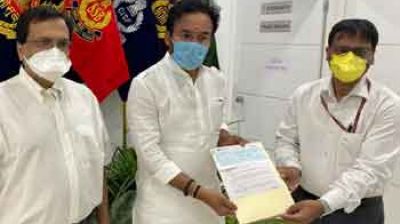