Home Entertainment Cinema Here’s 4 dinosaurs that you need to know about this World Dinosaur... 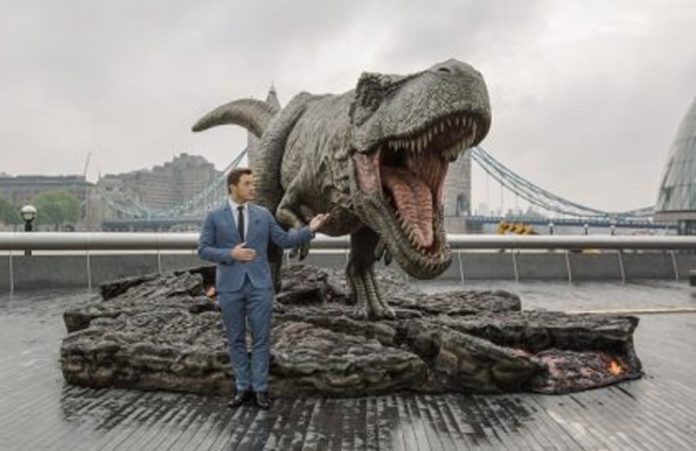 With excitement at its peak ahead of Jurassic World Dominion’s releases, here’s 4 dinosaurs that you need to know about this World Dinosaur Day

June 1 is a very special day for all dinosaur lovers, both young and old, as they celebrate World Dinosaur Day. It’s the perfect day and the perfect way to celebrate this majestic species of creatures who roamed this planet before we humans arrived. When it comes to movies, the Jurassic franchise has given the world a host of movies and dinosaurs galore over the past three decades to marvel at. With the release of Jurassic World Dominion just a few weeks away, it’s time to get familiarized with the creatures to feature alongside humans in the upcoming film.

This predatory species makes for a fast runner that gives it an edge over its prey. Add to that, it’s sickle-shaped claws make for the perfect weapon to strike fear amongst all. While the species gained massive popularity in the previous instalment with creatures named Blue, Charlie, Delta and Echo, Jurassic World Dominion will see Beta making her debut on screens with her mother Blue, fighting a battle to co-exist with humans.

The Tyrannosaurus Rex features entail a gigantic skull and jaw that attributes to its ability to leave an impactful bite force with no scope of resurrection. Fondly called as ‘Rexy’ by fans of the Jurassic franchise, the T-rex continues to remain a favourite which is evident with its appearance through the franchise.

Carefully designed by Dr. Henry Wu to overpower every species of dinosaur, the Indominus Rex is a hybrid formed with the principal features of other theropods. With Tyrannosaurus Rex as the foundational genome, a bite from this species is nothing less than fatal. While credit to its high intelligence can be given to the Velociraptor genome, the distinguishing feature of the Indominus Rex is long forelimbs and claws that could slash its opponent apart.

A literal image that can be drawn from the name Spinosaurus is its curved fin on the back. This species garnered immense recognition thanks to its infamous battle with the T-Rex in Jurassic Park III where it emerged triumphant. The Spinosaurus is hailed as one of the vicious theropods who has grasped every opportunity to put humans in harm’s way.