Total Read - 52        Comments - 0
INVC,, The Union Minister of Health and Family Welfare, Shri Ghulam Nabi Azad has said that India has to learn to look after its girls better if it has to pursue its inclusive agenda of social development. There is a need to provide dignity and care in the process of growing up. As a significant step towards meeting this objective, Shri Azad announced, that the Union Health Ministry is in the process of developing an even stronger thrust on feminine health and hygiene and is finalizing an intervention to take care of adolescent girls’ sexual and reproductive health needs, through a community led programme for behaviour change by promoting the use of sanitary napkins. Shri Azad was speaking after releasing ‘Youth in India: Situation and Needs Study’ conducted by International Institute for Population Sciences, Mumbai, and Population Council, New Delhi with Professor Amartya Sen here today. Prof. Sen too addressed the issue of empowering women in great detail. He pointed out that the study released today points out that the life of young women remains deeply precarious. Deprivation and violence towards women call for comprehensive re-examination of values that permeates Indian society. He expressed despair about the fact that skepticism about the importance of schooling is still very common. The Nobel laureate reiterated that education equips the individuals with capabilities that are essential for realizing their fullest potential. He particularly expressed unhappiness that as per the study more that 25 per cent women have not gone to school at all. He emphasized that ‘ connection between basic education of women and power of women’s agency are quite central to understanding the contribution of school education to human security in general. The removal of survival disadvantage of women (and of young girls in particular), the reduction of child mortality (irrespective of gender), and moderating influence on fertility rates are all among the basic issues involved in removing the ‘downside risk’ that threaten life and dignity. The Health Minister pointed out that young people in India face multiple risks associated with sexual and reproductive health. These include - pregnancy related morbidity and mortality; delayed abortion seeking; STI/HIV; unmet contraceptive need; lack of knowledge and power to make informed decisions. He pointed to the following findings of the study to support his observations: • 54 to 62 percent youth have acknowledged the influence of media on their behaviour, style of dressing and extent to which they exhibit aggression; • only 37 percent of young men and 45 percent of young women knew that a woman can get pregnant at first sex; • consumption of tobacco and alcohol was reported among one third and one sixth youth respectively; • as many as half of the girls were married before they were 18. Shri Azad pointed out efforts will be made to set up exclusive forum of adolescent girls in villages and urban slums, to ensure that their multi-dimensional development needs are adequately addressed. “The challenges are many and our government is committed to ensuring a better quality of life for our young people”, The Minister added.
Read the full article
Tags: health invc Ghulam Nabi Azad Health Minister and Prof Amartya Sen bat for Welfare of Girl Child Minister of Health and Family Welfare Prof Amartya Sen 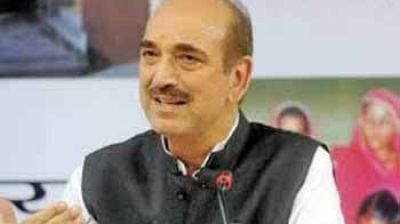 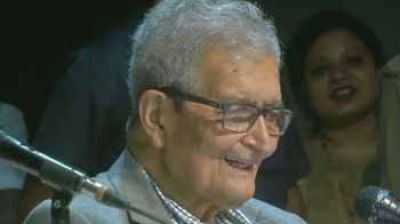