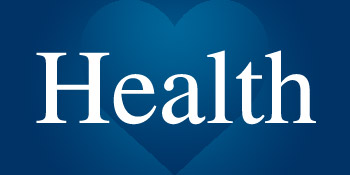 INVC NEWS
Chandigarh,
The Punjab Government today initiated the process of its flagship Universal Health Insurance Scheme by issuing the e-cards to the eligible beneficiaries from public hospitals and Common Service Centres across the state . The scheme will be launched by the Chief Minister Punjab Captain Amarinder Singh at the state level Function on August 20, 2019. It was disclosed here today by Health and Family Welfare Minister Mr. Balbir Singh Sidhu in the meeting held with the senior officers of IFFCO TOKIO Insurance Company and Health Department.

Reviewing the functioning and progress of Sarbat Sehat Bima Yojna, Mr Balbir Singh Sidhu said that Punjab government has appointed the 22 District coordinators to facilitate the beneficiaries at government and empanelled private hospitals. He said that the response from public is overwhelming, thousands of people have checked the eligibility on the official website of Health department at www.shapunjab.in. He said that 104 helpline is also providing the complete information pertaining to the first of its kind Sarbat Sehat Bima Yojna by 24x7 days.

Highlighting the key facts of Sarbat Sehat Bima Yojana, the Health Minister said that this flagship health insurance scheme will provide the financial protection as well as health security to 70 percent population of Punjab which will cover the health insurance of Rs. 5 Lakh per family per year and ensure the secondary and tertiary health services. The cost of premium for 14.86 lakh SECC beneficiary families shall be borne by Central and State Government in 60:40 ratio. The premium cost of remaining 28.27 lakh beneficiary families shall be completely borne by the State (state treasury & departments).