He is grateful to PM for once again

INVC NEWS
New Delhi,
Dr. HarshVardhan today assumed charge of Union Ministry of Earth Sciences.  He was greeted at the office at Prithvi Bhawan by Secretary Earth Sciences Dr. M. Rajeevan and other senior officials of the ministry.

Briefing the media after assuming the charge, the Union Minister said that he is grateful to Prime Minister Shri. Narendra Modi for once again bestowing his trust and giving him the portfolio for a second term. Dr. Harsh Vardhan praised Indian Meterological Department (IMD) for accurate prediction of cyclone FANI .He said that currently, about 42 million farmers are receiving crop specific agro-meteorological advisories in vernacular languages.“We are in the process of formulating the “Deep Ocean Mission” program encompassing various aspects of oceans in an integrated framework and is one of the focus areas for the coming days.” said Dr. Vardhan.

After assuming the charge, the Minister also held a meeting with the senior officers of the Ministry where he was briefed on the key initiatives and policy issues of the Ministry. The minister asked the officials to work with increased vigour and intensity and make India a top country in weather prediction among the world. 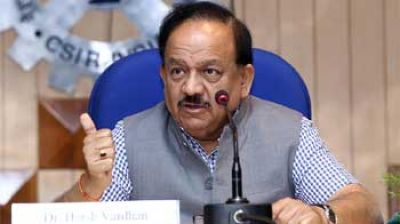 Call Centre will monitor the list of contacts furnished by... 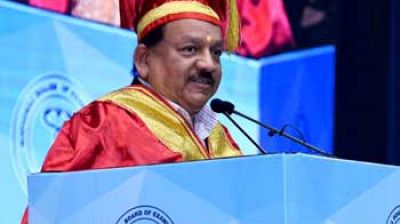 Graduates shall contribute in strengthening the healthcare sector