After defeating Argentina, India Junior Men Team continued their winning form as they edged past host team Malaysia by 2-1 in their fourth league match of the 5th Sultan of Johor Cup, being played at Johor Bahru today. The Indian colts dominated the match from the first minute and penalty corner specialist Harmanpreet Singh’s two conversions in helped his team to earn three more points. With 9 points, defending champion India Junior Men Team now leads the points-table, ahead of Great Britain (8 pts) and Argentina (7 pts). The first half started with India’s aggressive attacks on Malaysia from all sides. The forward-line managed to put pressure on the opponents from the first minute. Forwards Arman Qureshi, Sumit Kumar, Gurjant Singh, Parvinder Singh and Ajay Yadav played the ball in the Malaysian half and continuously created new game-plans to breach the opponent’s defence line. Arman, Sumit and Gurjant kept the defenders busy with their short passes and tried hard to penetrate the ball in the goal-box. After a series of attacks, India earned two penalty corners in a short span but both were saved by Malaysian goal-keeper Ridzwan Azmi. Ridzwan hold the goal-posts with the help of his team-mates and successfully restricted India’s fierce attacks. The first-half finished goalless at 0-0 score-line. The second half started with a more intense battle and this time again the Indian colts attacked with more aggression. The midfield displayed a speedy game and with the long passes, they tried to penetrate into the Malaysian circle. Skipper Harjeet Singh led the midfielders pack, consisting of Santa Singh, Nilakanta Sharma, Simranjeet Singh and Manpreet, and attacked the opponents from both right and left flanks. In the 41st minute, India earned a crucial penalty corner and drag-flicker Harmanpreet converted it successfully into the first goal of the match. Conceding a goal, the Malaysians counter-attacked in the next moment and earned a penalty corner, which was perfectly thwarted by Indian custodian Suraj Karkera. Indians charged back with their speedy attacks and earned two more penalty corners. They missed the first opportunity but Harmanpreet converted the second penalty corner into a goal and helped his team to lead the match by 2-0 in the 56th minute. After the goal, both the teams fought harder as Indians were trying to score more where as Malaysians played harder to open their account. The neck-to-neck battle went on till the last moments of the game and in the 68thminute, Malaysia managed to earn a penalty corner, which was converted into their lone goal by Shahril Saabah. Indians held the game till the final whistle and won their fourth league match by 2-1.
Read the full article
Tags: Hockey India HOCKEY INDIA TEAM India Men Team India Junior Men Team Harmanpreet Singh’s brace helps India Junior Men Team edge past Malaysia 2-1 in the fourth match of the 5th Sultan of Johor Cup Harmanpreet Singh Forwards Arman Qureshi Sumit Kumar Gurjant Singh Parvinder Singh a

46% of corporates are now willing to hire more apprentices,... 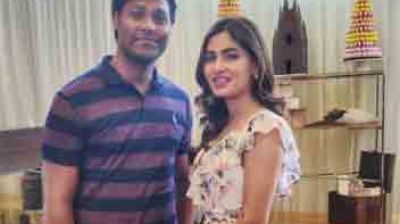 ALTBalaji Gives It’s Loyal Fan A Chance to go On...