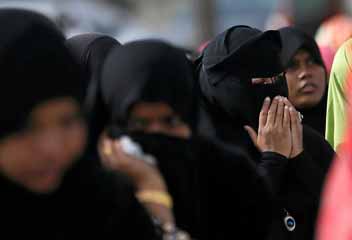 Afghanistan’s supreme leader and Taliban chief Akhunzada has issued a decree for the country’s women. According to the decree, now women will wear burqa in public.

The order is one of the harshest controls imposed on women’s lives by the radical Islamic Taliban regime. In August last year, after the removal of then President Ashraf Ghani and sitting in the chair of power, the Taliban had pretended to change their image in front of the world.

The Taliban had said that they were no longer the same Taliban and would work in the interest of the people. It was also said that people will be given complete freedom to live life in their own way. But over time the Taliban showed their true colors and today issued a harsh decree for women.

Orders have also been given for men in the decree of the Taliban. In which it will be mandatory to wear a cap on the head, beard and paint above the ankle. At the same time, regarding this new decree of women, it has been said that women will have to wear a chadori i.e. burqa from head to toe because it is traditional and respectable.

The decree further states that women who are old and not young must cover their entire face, except the eyes, in accordance with Sharia instructions to avoid provocation when meeting men. Along with this, women have been told that if there is no important work, then it is better to stay indoors. PLC&GT

Eid-ul-Azha will be celebrated on 10th July