Home Other Indian State News Gyanvapi case: Know what is the situation before the court’s decision 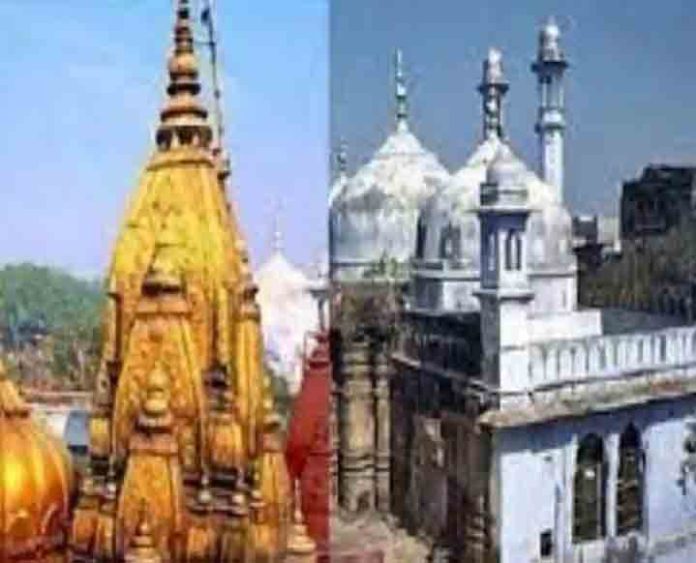 Gyanvapi case: Know what is the situation before the court’s decision ,The court’s order on whether there will be carbon dating of ‘Shivling’ found in Gyanvapi survey will come on 7 October. After the completion of the hearing in this case on Thursday, the court of District Judge Dr. Ajay Krishna Vishwesh has fixed October 7 for the order.

During the hearing, the lawyer of Rakhi Singh demanded that carbon dating should not be done, while Vishnu Shankar Jain, the advocate of four other litigants, requested to find out its antiquity by conducting carbon dating or scientific investigation.

In the hearing, senior advocates Harishankar Jain and Vishnu Jain, appearing for plaintiffs number two to five, talked about carbon dating of a Shivling-like figure found in the court commission proceedings on May 16. He said, “We have demanded an investigation of the Arghe and surroundings under the figure-shaped object. We also do not want the Shivling to be tampered with, but the investigation will know how old, tall, high and deep the Shivling is.”

On this, advocates Manbahadur Singh and Anupam Dwivedi for plaintiff number one Rakhi Singh said that carbon dating is questioning its existence. The investigation suspects that the Shivling has been fractured.

He said, “It may have to be removed for investigation and the Muslim side will not allow it to be re-installed. Worship of a broken idol is prohibited in Hinduism. The application for investigation should be given to the Muslim side. Questioning its existence on our application.” is standing up and we are opposing it. There is no illusion about it, this thing is Shivling.”

On the other hand, advocate Mumtaz Ahmed, Ekhlaq Ahmed, representing Anjuman Inaztiya Masajid, said that the Shivling is made of stone. It can’t be carbon dating.

Carbon dating is of living things. They also argue that the objection raised on the issue of the survey has not yet been resolved, so the application for carbon dating is premature. Confused about this shape, it is the fountain itself.

On behalf of the four women litigants in the court, where Supreme Court advocates Harishankar Jain and Vishnu Jain examined the length, width, depth, age and surrounding area of ​​the Shivling recovered on May 16 from the Archaeological Survey of India through scientific method, GRP survey. Requested to get it done through dating or whatever modern method is.

the court of District Judge Dr. Ajay Krishna Vishwesh heard the application filed by the plaintiff Rakhi Singh for the protection of the ancient idol of Ganesh-Lakshmi found in the rubble during the demolition of the Carmichael Library. Plaintiff advocates Man Bahadur Singh and Anupam Dwivedi said that this idol can prove to be important evidence in future in Gyanvapi case. Therefore, it should be ordered to be protected.

An objection was filed on behalf of the respondent Anjuman Inazaniya Masajid. To this the court said that it will be heard on the next date. The court has fixed October 7 as the next date for hearing. On the other hand, hearing on about a dozen applications to become parties in the Gyanvapi case will be held on October 7. PLC/GT

Making sexy remarks on a woman is very offensive