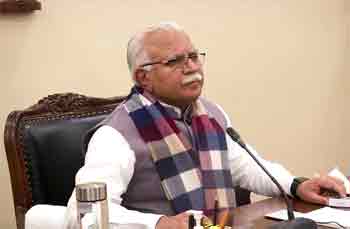 Citing the example of Guru Dronacharya, he said that Guru-Shishya tradition has been guiding the world for centuries. There have been many such great personalities, whose gurus had played an important role in grooming and giving new direction to their lives, he added. He said that even though the nature of Guru-Shishya tradition and teacher-student has changed with the changing times, the role of the university in building a civilized society and a strong nation is equally valuable today. If today’s youth is hardworking and disciplined, then the future of the country will definitely be bright. In such a situation, the role of the university definitely becomes very important.

On this occasion, Vice Chancellor, Gurugram University, Dr. Markanday Ahuja said that they are fortunate that the new model of Gurugram University has been unveiled by Chief Minister, Mr. Manohar Lal. Throwing light on the concept of Gurugram University, he said that it was their endeavor to adopt  modernity, yet remain rooted in Indian culture  because our motto is ‘Vidya Jeevanaay Na Tu Jeevikaay’ ie knowledge was linked with livelihood till now, however, we have worked towards connecting it with life.