Growing convergence between India and US

Raksha Mantri Shri Rajnath Singh held a bilateral meeting with US Secretary of Defence Dr Mark T Esper on the sidelines of ASEAN Defence Ministers’ Meeting-Plus (ADMM-Plus) in Bangkok today. Expressing happiness on the growing relationship between India and US, Raksha Mantri said, the bilateral cooperation between the two sides has grown across a wide range of sectors including defence and security, economy, energy, counter-terrorism and people-to-people ties.

Shri Rajnath Singh added that there is growing convergence between India and US in the Indo-Pacific region and India’s vision for Indo-Pacific is for a free & open, peaceful, prosperous and inclusive region supported by a rules-based order and respect for sovereignty and territorial integrity. Association of Southeast Asian Nations (ASEAN) is central to India’s vision of Indo-Pacific. Both countries are working together in the area of Maritime security including elements such as joint exercises, Humanitarian Assistance and Disaster Relief (HADR) operations and Maritime Domain Awareness.

The two Ministers also discussed a number of other issues concerning regional security and bilateral defence cooperation. The meeting ended on a positive note and Raksha Mantri looked forward to have substantial discussions during the forthcoming 2+2 dialogue in Washington DC later next month.

Later, in a tweet, Shri Rajnath Singh described his meeting with US Secretary of Defence as excellent. “We talked about ways to expand defence cooperation between India and the United States,” he tweeted. 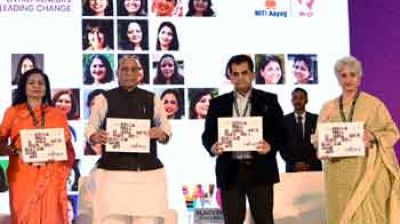 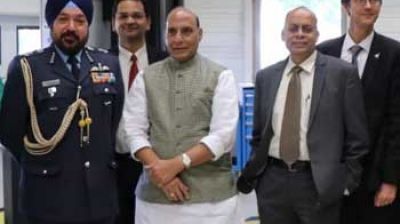