The real reason for this pollution is not the conditions in Delhi but the adjoining states and crop burning& vehicular pollution. Pollution caused by the transport section is equally responsible and is prevailing throughout the year. Any shift to EVs will help India’s strategy for achieving its climate change commitments. This assumes significance in a country that is now the biggest emitter of greenhouse gases after the US and China, and which is among the countries most vulnerable to climate change. Electric vehicles (EVs), in particular, represent one of the most promising pathways to increased energy security & reduced emissions of greenhouse gases and other pollutants. Today, the nation calls for an effective long-term sustainable initiative like introducing electric mobility system across India which can help reduce the rising carbon emissions, A major roadblock is lack of proper infrastructure in our country provided by government.  EVs do bring a new set of problems for us to solve and they need be addressed scientifically before we start pushing it in such haste.  Electric vehicle implementation needs supporting infrastructure, such as charging stations, subsidy to all categories of electric vehicles, including two-wheelers, three-wheelers and four-wheelers including taxis and electric buses used in public transportation, to promote green vehicles and check pollution Speaking on this Mr Ayush Lohia,CEO Lohia Auto Industries says, Implementing odd-even scheme or a ban on old automobiles are no solutions to Delhi's pollution problem, we need permanent solution to curb Delhi pollution. Electric transportation could ease the situation, that too with proper infrastructure and government support.
Read the full article
Tags: Ayush Lohia CEO Lohia Auto Industries

E-Rickshaw to Witness an Upsurge in Demand

Lohia auto plans to become a one-stop-shop for all electric...

Electric vehicle is a key part of governments vision for... 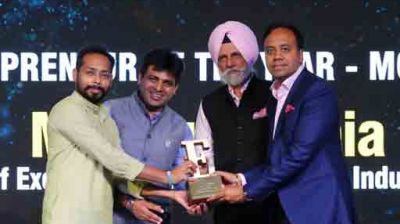 Ayush Lohia awarded with Entrepreneur of the Year Award-Mobility

A new innovation for a smooth ride with Lohia Auto’s...