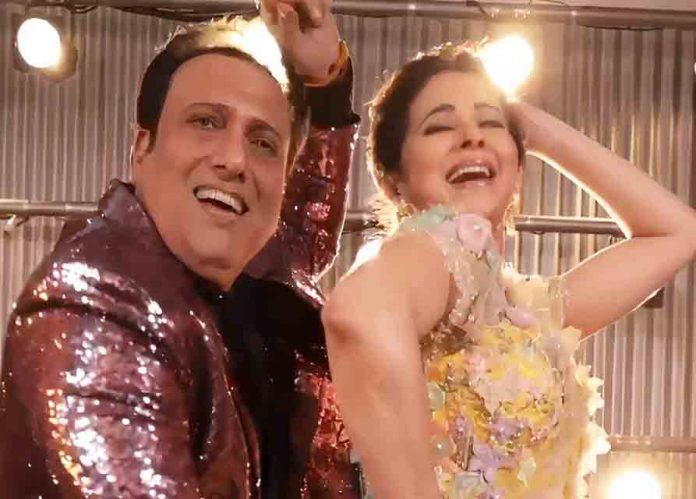 Superstar Govinda graced DID Super Moms, which is a highly loved dance reality show with a unique concept. He took netizens by surprise when he made reels with the judges of the season Urmila Matondkar and Bhagyashree Himalaya.

The episode saw contestants dancing to superhit songs by the actor. In the episode, Govinda also shared that during their earlier shooting days, Urmila never gave him attention. Urmila and the audience were left in splits. Urmila mentioned that when actor Govinda performs on screen with her no one can take their eyes off him. She said: ” I have always been a huge fan of Govinda and I have watched all of his films. I still remember, when I signed my first film with Govinda, I was determined to put in those extra efforts for the audience to watch me even for a second while I was dancing with him. I have tried a lot to date, but I couldn’t succeed in getting to his level. He knows perfectly what he has to do when he is shooting as he is not just an actor or a dancer, but a performer.”

Actor Govinda also shot reels with Bhagyashree and Urmila, and they became extremely popular on Instagram with more than 1.5 million Instagram Users watching them. Commenting on the videos being liked by the fans Govinda said “I am grateful to the almighty and all my fans that they have been consistently supporting me in all my endeavors. Such a fabulous response only makes me work harder and keep raising the bar of entertainment quotient higher with every performance. I pray and hope that I get many more opportunities to delight my fans as always.” Bollywood actors Abhimanyu and Avantika Dassani, Pranutan Bahl, Yuvika Chaudhary, Namashi Chakraborty, Niharica Raizada, Aniruddh Dave, Shreya Mehta, Priya Adivarekar, Sonal Devraj, etc commented on the posts and have also showered their love in the form of emojis.

Govinda who looked dapper in a shiny blazer was also seen enacting his famous dialogues and sharing anecdotes on the show. He also performed with and appreciated contestant Riddhi Tiwari for her performance. Lucknow’s Riddhi Tiwari caught the attention of judges and viewers alike with her dance moves and is being addressed as ‘Lady Govinda’ by the judges.