The Government of India and the World Bank today signed an agreement for an IDA credit of US$ 352 million for the National Dairy Support Project to increase productivity of milk animals and improve market access of milk producers in project areas. Dairying is a major source of livelihood for a large population of rural India, especially small farmers. More than 70 million of some 147 million rural households depend on dairy, in varying degrees, for their livelihood. Annual milk production in the country today is about 112 million tons, most of which is consumed domestically by India’s 1.2 billion largely vegetarian population for whom milk and milk products are an important part of food and nutritional security. While the sector had witnessed significant growth over the past decades – thanks to India’s `white revolution’ spearheaded by the National Dairy Development Board (NDDB) – growth rate of milk production has slowed in recent years, from an average of 4.3 percent per annum in the 1990s to 3.8 percent per annum in the 2000s. As the economy grows, and incomes rise, demand for milk and milk products’ is expected to rise even further. According to Government of India (GOI) estimates, demand for milk is projected to grow to at least 180 million tons by 2021-22. Meeting this demand from domestic supply would require production to grow at 5.5 percent per annum over the next decade. Speaking on the occasion Shri Venu Rajamony, Joint Secretary in the Department of Economic Affairs, Ministry of Finance said that to meet the growing demand for milk and accelerate dairy development in the country, the National Dairy Development Board (NDDB) has prepared a National Dairy Plan (NDP) aimed at improving animal productivity, strengthen/expand infrastructure for milk procurement at the village level, and enhance milk processing capacity and marketing, backed by appropriate policy and regulatory measures. The World Bank-supported National Dairy Support Project will support and operationalize the first phase of the NDP through investments which are expected to enhance animal productivity and improve accessibility of farmers to organized milk marketing channels, he said. The Project will cover some 40,000 villages across 14 major dairying states and is expected to directly benefit around 1.7 million rural milk producing households, he added. The 14 Indian states included in the Project account for more than 90 percent of the national production and include states such as Bihar, Madhya Pradesh, Orissa, Rajasthan, and Uttar Pradesh. The agreements for the National Dairy Support Project were signed by Mr. Venu Rajamony, Joint Secretary, Department of Economic Affairs, Ministry of Finance, on behalf of the Government of India; Mr. Dilip Rath, Mission Director, NDP 1, on behalf of the National Dairy Development Board (NDDB); and Mr. Roland Lomme, Governance Adviser (World Bank India) on behalf of the World Bank. A major concern in the Indian dairy sector is low animal productivity. Average milk yield of Indian cows is only about 3.4 kilogram a day against a world average of 6.3 kilogram a day. Shri Dilip Rath, Mission Director, NDP 1, NDDB said that productivity is low mainly due to poor nutrition, health, low genetic potential for milk production, and near absence of well-run genetic improvement programs. Animal nutrition is undermined not only by feed and fodder scarcity but also lack of farmers’ knowledge on how to better use existing feed resources, he said. Consequently, a primary focus of the Project is on increasing milk production by genetic improvement of the dairy herd (cows and buffalos) and optimal use of feed and fodder. The Project will support long-term investments in animal breeding, extensive training of dairy farmers and doorstep delivery of Artificial Insemination and ration balancing advisory services. The latter will advice on balancing animal feed and nutrition which studies show has the potential to not only increase milk yield and reduce productions costs, but also contribute to reduced methane emissions. Mr. Roberto Zagha, World Bank Country Director for India said that the Project will provide an opportunity for the World Bank to re-engage at a national scale in further development of the Indian dairy sector with potentially significant benefits for large numbers of dairy producers. Following the 2008 food crisis there is renewed emphasis, globally as well as in India, on improving agricultural productivity to combat increasing food prices and improve food security. The Project is expected to help increase domestic milk supply through investments designed to improve productivity of milk animals, he added. In addition to the productivity challenges, farmers have limited access to the organized milk processing sector. The Project will help increase farmers’ access to markets by developing village level milk collection and bulking facilities. Shri Deepak Ahluwalia, the Project’s Task Team Leader and Senior Economist, World Bank said that such investments are designed to strengthen the negotiating power of dairy farmers and reduce transaction costs for such a highly perishable commodity. The Project will also raise farmers’ awareness about the importance of good quality milk and build their capacity for hygienic milk production, collection and sale, he said. The Project will be financed by a credit from the International Development Association (IDA) – the World Bank’s concessionary lending arm – which provides interest-free loans with 25 years to maturity and a grace period of five years.

The project will invest in infection prevention and control for... 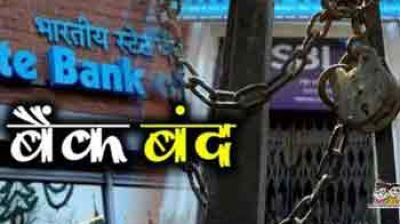