Government is very sensitive toward overloading

This was informed by Transport Minister, Mr. Krishan Lal Panwar while addressing a press conference after presiding over a meeting of the State Road Safety Council, here today.

The Minister said that about 10-11,000 road accidents takes place every year in Haryana, of which about 50 percent of the people die. He said that as compared to the last 10 years, for he first time, there has been a decrease of three per cent in road accidents in the last six months, which has led to a decrease in death rate. He said that time bound reports have been sought for road safety measures adopted by different departments. He said that about 1,650 black spots were identified in the state, of which more than 1,500 have been repaired. He said that 48 per cent cases related to black spots of the National Highways Authority of India, 24 per cent of Public Works (Building and Roads) Department, 22 per cent of Urban Local Bodies Department and 24 per cent of the Haryana State Marketing Board were pending.

He said that Haryana is one of the states where law has been enacted with the objective to promote road safety under which 50 per cent of the money received from the challans is deposited in the road safety fund. Following Haryana, states like Rajasthan and Himachal Pradesh have also taken initiative in this direction. He said that last year, the Police Department had issued about 1.66 lakh challans for without seat belt, about 2.60 lakh for without helmets, about 4,300 for use of mobile phone while driving and about 87,000 challans of drunk and drive, and recommended to cancel 1,952 driving license. He said that at present, there are seven trauma centres in the state, which will be increased to 13. In this regard, three MoUs have been signed under which facilities of Trauma Centre will be provided in private hospitals and medical colleges.

Replying to a question regarding the bus fleet, Mr. Panwar said that when the present State Government was formed in 2014, the Department had a fleet of 4,100 buses, which now stands at about 3,600. At present, about 33 lakh people are in need of transport facilities in the state, whereas the Department is able to provide transportation facilities to only about 12.5 lakh people. The State Government has added 600 buses to the fleet. He said that the State Government has taken a decision to start the per kilometer scheme for the benefit of the people, but the scheme did not got carried out due to differences in rates. He said that the government has now floated the tenders of 190 buses, for which the rate of Rs 21 to Rs 22 was received. Apart from this, the demand for 367 buses has been sent to the High Purchase Committee.

He said that about 34 percent of accidents are of two-wheeler vehicles. Therefore, there is a need to provide driving training to the children at the college and university levels. Giving the example of Bhagat Phool Singh Mahila Vishwavidyalaya, Khanpur Kalan, he said that facility of driver training is being provided there to the students through a private company. Apart from this, the principals of the college and university have been authorized to provide learning licenses to the students. Emphasizing the need to provide driving training in educational institutions through private companies, he said that if the youth will get training at the level of education institutes then there will definitely be reduction in road accidents.

Earlier, presiding over the meeting of the State Road Safety Council here today, Mr. Panwar said that the government is very sensitive to issues related to overloading, as it not only keeps the fear of accidents, but also causes damage to the roads. He said that awareness campaign is being organised through seminars on road safety in the educational institutions with the help of Police Department and various NGOs.

Directing the officers of the Power Corporations and the Forests Department, Mr. Panwar said that in case of roads of Haryana State Agricultural Marketing Board and Public Works (Building and Roads) Department, the Power Corporations do not shift the poles even after depositing the money. Similarly, trees are not cut by the Forests Department. Therefore, these matters should be settled in a time bound manner. He directed the Deputy Commissioners and the Superintendents of Police to convene a meeting of District Road Safety Council every month and the Deputy Commissioner and Superintendent of Police will personally review these meetings.

Additional Chief Secretary, Transport Department, Mr. T.C. Gupta said, “we have to bring reduction in road accidents within the next six months to bring Haryana among the first five states of this country in this regard. Directing the officers of National Highways Authority of India and various related agencies, he said that safety measures should be ensured by putting sign boards and reflector tapes at construction sites. He said that there should be no point in the state by July 31 which is not rectified. He said that the State Government has no shortage of funds for the purchase of equipment related to road safety. Directing the officers of various departments involved in the meeting, he said that a meeting of different departments will be convened shortly for which they should prepare their Action Taken Report on agenda points.

Director General of Police, Mr. Manoj Yadava said that according to a survey, 35 per cent challans are done on state highways and 65 per cent of road accidents held between 4 p.m. to 12 p.m. He said that most of the accidents are due to visible violation. Therefore, the signboard will be arranged in all PCRs, which will be kept 150 meters before the accident site. He said that the challaning will be road safety oriented and its aim will be safe driving. If a driver is driving safe, his documents will not be checked. He said that intense campaign against drunk and drive will be launched in the state. 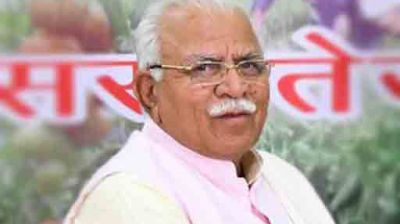 Holidays to be observed as public holidays

State has got the award for starting many important policy...