The Union Cabinet chaired by the Prime Minister Shri Narendra Modi has given its approval for continuation of  PradhanMantri Swasthya Suraksha Yojana (PMSSY) beyond 12th Five Year Plan for a period 2017-18 to 2019-20 with a financial outlay of Rs. 14,832 crores.

Expressing gratitude to the Prime Minister for his constant support, Shri J P Nadda, Union Minister of Health and Family Welfare said that the Government is consciously working towards improving health infrastructure as well as health manpower in the country. “Setting up of new AIIMS would not only transform health education and training but will also address the shortfall of health care professionals. Construction of new AIIMS is fully funded by the Central Government and the Operations and Maintenance expenses on new AIIMS are also fully borne by the Central Government,” Shri Nadda elaborated.

ShriNadda further stated that setting up new AIIMS in various states will lead to employment generation for nearly 3000 people in various faculty and non faculty posts in each of the AIIMS. He said that indirect employment generation will take place due to facilities and services like shopping centre, canteens, etc. coming in the vicinity of new AIIMS. The Union Health Minister added that for each functional AIIMS established under PMSSY, a total of 4089 posts were created for a 960 bedded hospital.  “The same number of posts will be created for a 960 bedded hospital for the new AIIMS that are being established under PMSSY. So far, for new AIIMS at Mangalagiri, Nagpur and Kalyani, a total of 1144 posts have been created with the approval of Ministry of Finance,” ShriNadda mentioned.

Highlighting the benefits of the scheme, ShriNadda said that each new AIIMS will add 100 UG (MBBS) and 60 B.Sc (Nursing) seats, 15-20 Super Specialty Departments and around 750 hospital beds. He further said that in each GMC up-gradation project, 8-10 Super Specialty Departments get added on an average and an up-gradation project also gives benefit of adding of around 15 new PG seats on an average. “As per data of current functional AIIMS, it is expected that each new AIIMS would cater to around 1500 OPD patients / day and around 1000 IPD patients / month,” ShriNadda said.

The Union Health Minister said that PMSSY aims at correcting regional imbalances in the availability of affordable/reliable tertiary healthcare services and also at augmenting facilities for quality medical education in different regions of the country.He said that that various initiatives under PMSSY will lead to development of apex level medical education and nursing education and connected research facilities. It will also lead to creation of tertiary level health care infrastructure through establishment of new AIIMS and will improve the referral system and enhance cross linkages between primary, secondary and tertiary level health care facilities.

Shraddha emphasized that schemes under PMSSY will result in reduction of disparities to access quality health services between the States and regions. He further stated that the scheme will also address imbalances in human resources development and in the availability of quality trained medical, nursing manpower for public health care delivery system through establishment of medical and nursing colleges. The schemes will lead to improvement in health outcomes through adequate and timely intervention of medical/health services, Shri Nadda said. 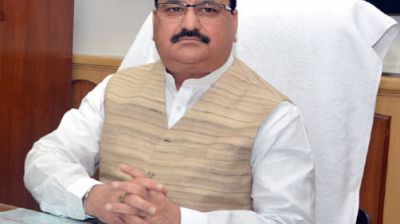