Government is committed for empowerment of women 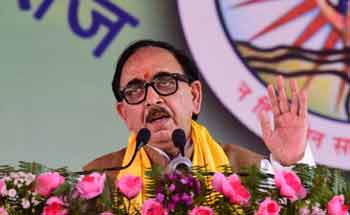 INVC NEWS
New Delhi,
The Minister of Skill Development and Entrepreneurship Dr.MahendraNath Pandey inaugurated a function organised to mark the International Day for Women, at NDMC Convention Centre in New Delhi today. The Minister honoured women entrepreneurs from across the country for their contribution in skill development and becoming from job seekers to job givers and achieving great success in their respective entrepreneur fields. The Minister lauded the sincere and untiring efforts of the women entrepreneurs across India and turning the tables from adversity to opportunity.

At the function Dr. MahendraNath Pandey gave away appreciation letter to noteworthy women entrepreneurs.On occasion, the Minister congratulated all the women awardees and said that an independent women can affect the society in a positive way and take it forward. He said that the Government is committed for empowerment of women. He further said that the Skill Development and Entrepreneurship Ministry, in collaboration with the Ministry of Women and Child Development, will impart training to 10,000 Divyang (Differently abled) women to make them self-dependent and job creators.

He said that the Government is keeping women at the centre of all public welfare schemes to make them capable and empowered. He said, “all the ministries of the government of India are working to empower the women of the country through various schemes”. He said that this will go a long way in making Aatmanirbhar Bharat, a reality.

While speaking on the occasion the Secretary, Ministry of Skill Development and Entrepreneurship Shri Praveen Kumarsaid that “women entrepreneurs have not only become independent but they have also broken gender barrier”. He said that “20 per cent of the successful trainees under PM-Kaushal Vikas Yojana have become entrepreneurs”.

On this occasion, many women entrepreneurs from various parts of the country narrated their success stories in person and through video conference and thanked the Skill Development Ministry for changing their lives through their various programmes. At the end the Minister congratulated all the women present at the function and exhorted them to uplift themselves, work hard, get noticed and achieve what they want to.