Home Other Agriculture Government has fulfilled the promise, farmers’ income doubled in 5 years 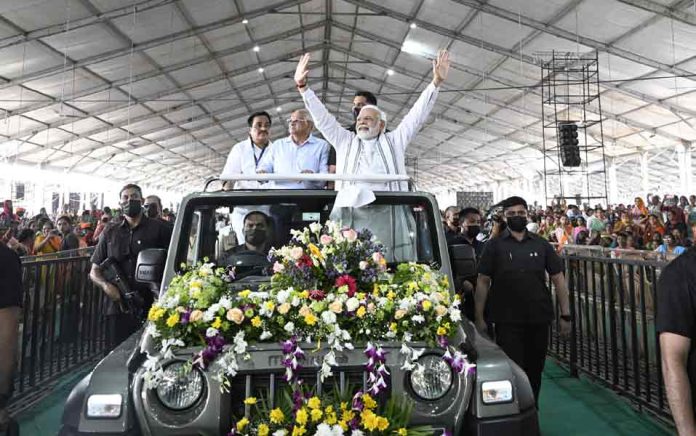 Government has fulfilled the promise, farmers’ income doubled in 5 years

New Delhi . The Narendra Modi government at the Center had promised farmers to double their income. State Bank of India (SBI) has released a report, according to which it seems that the Prime Minister has fulfilled his promise. In the report, the income of farmers has been claimed to have doubled in the last five years. SBI has claimed in a report that farmers’ income has doubled in five years.

This increase in income has happened during the financial year 2017-18 to 2021-22. At the same time, the export of food grains has increased to more than $ 50 billion. According to the report, the income of farmers has seen an increase of 1.3 to 1.7 times in the last five financial years. During the same period, the income of farmers growing some crops such as soybean in Maharashtra and cotton in Karnataka has doubled.

The National Statistical Office had also released data on the income of people associated with agriculture, which said that in six years, the income of farmers has increased by 59 percent to Rs 10,218. SBI Chief Economist Shaumya Kanti Ghosh says that one of the reasons for the increase in the income of farmers is the change in the way they do farming. Now farmers are taking interest in the cultivation of cash crops instead of traditional crops.

This has helped in increasing the income. Not only this, the contribution of agriculture sector to GDP has also increased to 18.8 per cent from 14.2 per cent five years ago. This increase has also come due to the corona epidemic, as industrial activities have suffered a lot in the last two years. According to the report, the prices of natural rubber along with spices like black pepper, cardamom, clove and cinnamon have come down drastically. PLC/GT