Government had taken up programmes to benefit farmers, poor and other vulnerable sections

INVC NEWS New Delhi, The Union Finance Minister asserted that Shri Narendra Modi, Government had worked sincerely and without weighing political costs. Presenting the General Budget 2018-19 in Parliament here today, the Minister for Finance and Corporate Affairs Shri Arun Jaitely said that the Government had taken up programmes to benefit farmers, poor and other vulnerable sections and also to uplift the under-developed regions of the country. Government is providing free LPG connections to the poor through UjjwalaYojana. Under Saubhagya Yojna 4 crore households are being provided with electricity connections. More than 800 medicines are being sold at lower price, through more than 3 thousand Jan Aushadhi Centers. Cost of stents has been controlled. Special scheme for free dialysis of poor have been initiated. Persons belonging to poor and middle class are also being provided a great relief in interest rates on housing schemes. Efforts are being made to provide all government services, whether bus or train tickets or individual certificates on line. These include passports which may be delivered at doorstep in two or three days or Company registration in one day time.  The Finance Minister has said that all these facilities have benefited a large section of our country. Certificate attestation is not mandatory; interviews for appointment in Group C and Group D posts have been done away with. These measures have saved time and money of lakhs of our youth. Our government by using modern technology is committed to provide a relief to those who suffer because of rigid rules and regulations, he said. The Finance Minister Shri Jaitley said that four years ago, the present Government pledged to give an honest, clean and transparent Government.  We promised a leadership capable of taking difficult decisions to restore strong performance of Indian economy.  We promised to reduce poverty, expedite infrastructure creation and build a strong, confident and a New India, the Finance Minister said. He said the Government has successfully implemented a series of fundamental Structural Reforms. The Indirect Tax system, with introduction of Goods and Services Tax (GST), has been made simpler. Benefits to the poor have been targeted more effectively with use of digital technology.  The demonetization of high value currency has reduced the quantum of cash currency in circulation.  It has increased the taxation base and spurred greater digitization of the economy.  The Insolvency and Bankruptcy Code (IBC) has changed the lender-debtor relationship. The recapitalized banks will now have greater ability to support growth. All these structural reforms will help Indian economy achieve stronger growth in the medium and long run. The Finance Minister said that the result, India stands out among the fastest growing economies of the world, IMF, in its latest Update, has forecast that India will grow at 7.4% next year, he added.  Shri Jaitley asserted that India is firmly on course to achieve a high growth of 8% plus after Indian society polity and economy have shown remarkable resilience in adjusting to such structural reforms. The Finance Minister said that India achieved an average growth of 7.5% in first three years of our Government.  Indian economy is now 2.5 trillion dollar economy – seventh largest in the world.  India is expected to become the fifth largest economy very soon.  On Purchasing Power Parity (PPP) basis, we are already the third largest economy, the Finance Minister added. Shri Jaitley said that this year’s Budget will consolidate these gains and particularly focus on strengthening agriculture and rural economy, provisioning for good health care to economically less privileged, taking care of senior citizens, infrastructure creation and working with the States to provide more resources for improving the quality of education in the country. Terming the Journey of Economic Reforms, during the past few years, as challenging, Shri Jaitley said they have led to growth of foreign direct investments and also making it much easier to do business in India. He said to further carry the business reforms for ease of doing business deeper and in every State of India; the Government of India has identified 372 specific business reform actions.  All States have taken up these reforms and simplifications in a mission mode constructively competing with each other.  Evaluation of performance under this Programme will now be based on user feedback. Saying that the Prime Minister Shri Narendra Modi has always stressed importance of good governance, the Finance Minister said that such a vision has inspired Government agencies to carry out hundreds of reforms in policies, rules and procedures.  He said Natural resources are now being allocated in a transparent and honest manner and there is a premium on honesty. This transformation is reflected in improvement of India’s ranking by 42 places in last three years in the World Bank’s ‘Ease of Doing Business’ with India breaking into top 100 for the first time. The Finance Minister said that the Government is also ensuring that benefits of Governmental programmes are delivered directly to eligible beneficiaries.  Aadhar which provided an identity to every Indian has eased delivery of so many public services to our people, he said.  Many services and benefits are being delivered to the people at their doorsteps or in their accounts. It has reduced corruption and cost of delivery and has eliminated middlemen in the process.  Direct Benefit Transfer mechanism of India is the biggest such exercise in the world and is a global success story. The Finance Minister pointed out that every enterprise, major or small, also needs a unique ID.  He said that the Government will evolve a Scheme to assign every individual enterprise in India a unique ID. 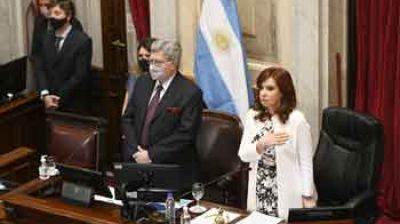 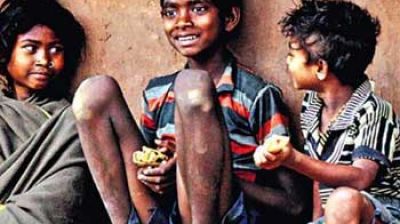