Government Extends term of Committee to Draft a New Legislation to Replace the Persons with Disabilities Act, 1995

Total Read - 47        Comments - 1
INVC,, Delhi,, The Government has extended the term of the Committee which was constituted in April this year to draft a new legislation to replace the Persons with Disabilities (Equal Opportunities, Protection of Rights and Full Participation) Act, 1995 till 31st December, 2010 for submission of draft legislation replacing the earlier Act. The Ministry of Social Justice & Empowerment has said that the Committee will make an assessment of the financial implications - recurring and non-recurring - of the draft legislation prepared by it for the (i) Central Government, (ii) State Governments, (iii) Local Authorities, and (iv) others on whom obligations may be cast. The Committee has been asked to ensure that the task of submitting new draft legislation may be completed within the extended time timeline of the Committee i.e. upto 31st December, 2010. It may be recalled that the above Committee was formed on 30.04.2010 and it is headed by Dr. (Mrs.) Sudha Kaul, Vice-Chairperson, Indian Institute of Cerebral Palsy, Kolkota. 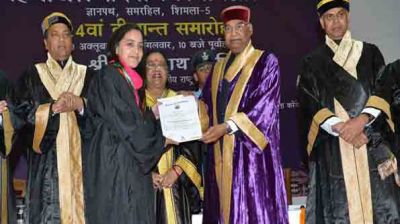 [...] Government Extends term of Committee to Draft a New Legislation to Replace the Persons with Disabili... [...]