Government and Industry Should Work Together to Make steel affordable for increasing Mass Consumption : Tomar

INVC NEWS
Chandigarh,
The steel industry in the country was urged  to work in close cooperation with the government to make steel more affordable as well increase per capita consumption of the steel in the country .At present per capita steel consumption is quite low, 60 kg as against the world average of 216 kg.
“Recently India has overtaken the US to become the world's third-largest steel producer, however, low per capita steel consumption indicates huge growth potential for Indian steel industry. India has fixed a target of 300 MT production capacity by 2025 .The steel industry should work out action plan and strategies to achieve this target," said Union Steel Minister Narendra Singh Tomar while inaugurating a two day Steel Mart Summit 2015 organised by CII here today.
“Indian steel industry is already in expansion mode. The older steel plants are being modernised and expanded. New greenfield plants are also coming with state-of-the-art technologies. The government and industry already have agreed to work together in research and development. An initiative called ‘Steel Research Technology Mission for India’ has been launched, through which R&D in the sector will be promoted. We need research work in areas where we don’t have the technology including value added products for which we are dependent on imports ,” said the minister.
Mr Shreekant Somany ,Chairman, CII, Northern Region while speaking on the occassion said Growth and development of Indian Steel Industry depends to a large extent on an enabling policy environment both at the centre and at the state level. For steel demand generation more government and private  push is needed in infrastructure, ports, civil aviation, urban infrastructure and   storage, ports and  improvement in overall business scenario.
Mr Yatinder Pal Singh Suri, India head, Outokumpu, the largest stainless steel maker in the world stressed on the need of developing sustainable maintenance free infrastructure in the country and working towards increasing production of stainless steel in the country as well as consumption. Presently Per capita use of stainless steel in India is less than 2.5kg as compared to 10Kg in China.
“ There are over 400 grades of stainless steel for the diverse range of end use applications. In India the dominant demand is from the utensils and kitchenware application segment, as high as 65%. This low end application is being catered to by over three dozen induction melting route units as well as the four integrated manufacturing plants. The industrial applications constitute about 35% of the overall demand.  The local product range capability is rather limited, so imports are vital for high end advanced materials requirements of end users.”Mr Suri said .
“India has extremely ambitious infrastructure growth plans ahead . Corrosion is a serious issue along the long coast line. Almost 3- 4% of our GDP is lost to corrosion. Nation, being cash starved, can not afford to allow new infrastructure to corrode and go for frequent repairs. Use of stainless steel should be encouraged by the government specifically for infrastructure in coastal regions. Material selection is the need of the hour to make India corrosion free. Stainless steel structural elements and reinforcing bars in concrete have been used in coastal regions to achieve more than 100 years of maintenance free life.” He added .
“Railway coaches, Metro coaches, Wagons  becoming maintenance free and lighter to save on haulage energy costs with stainless steel. Railway stations can go for clean drinking water in taps through stainless steel storage tanks and pipelines for distribution. Stainless Railway bridges along coastlines will also become maintenance free.” He said.
Those present on the occasion included S.C Ralhan ,President, Engineering Export Promotion Council, S.S. Mohanty, Chairman CII mart  ,Narendra Kothari, CMD, NMDC and Mr P Madhusudan Chairman & Managing Director, Rashtriya Ispat Nigam Ltd (RNIL).
Read the full article
Tags: NMDC President CMD Engineering Export Promotion Council S.C. Ralhan Steel Industry S.S. Mohanty Chairman CII mart Narendra Kothari P Madhusudan Chairman & Managing Director Rashtriya Ispat Nigam Ltd RNIL invc news chandigarh 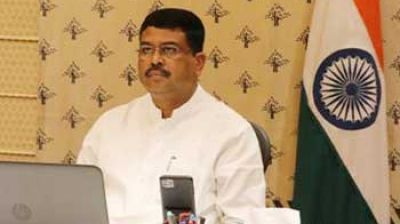