INVC, Delhi, “I look forward to playing my 200th Test Match on home soil, as I call it a day. All my life, I have had a dream of playing cricket. I have been living this dream every day for the last 24 years. It’s hard for me to imagine a life without playing because it’s all I have ever done since I was 11 years old,” Tendulkar said on Thursday. The Indian batting legend said his dream was to play cricket and he has been living it since the past 24 years. There was an eerie sense of emptiness even as cricketers, past and present, paid rich tributes to Sachin Tendulkar as he decided to call time on his illustrious career after playing in his landmark 200th Test next month.Tributes poured in from across the cricketing world, complementing the batting legend for giving fans many, many cheerful moments."It has left such a big hole to fill in the Indian Test batting line-up. It wouldn't be easy to replace him. See what happened after Laxman, Ganguly and Dravid retired, it would take time for the middle-order to gel," said former Indian captain Sunil Gavaskar. Ending all the speculations, Sachin Tendulkar has officially decided to hang his boots after playing his 200th Test against West Indies in November.The reports earlier said that the BCCI might ask Tendulkar to draw curtains to his spectacular Test career after the 200th Test but the 40-year-old himself dismissed them. Tendulkar was a part of the Rohit Sharma-led Mumbai Indians that won their second Champions League title and also the Indian Premier League earlier this year.(With PTI inputs)
Read the full article
Tags: invc free news agency of india sachin tendulkar Sachin retires Sachin Tendulkar retirement news Tendulkar`s 200th Test 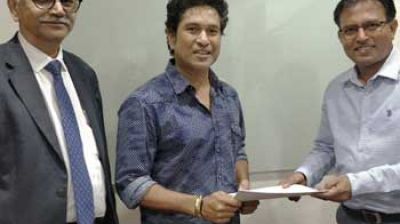 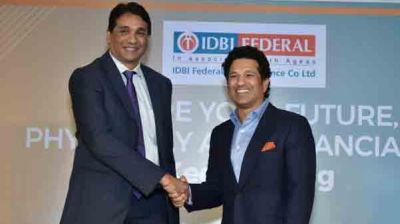 News info... I was reading the news and I saw this really cool information...