The Metalogic PMS, one of the apex platform for discussions on mining and metal industry concluded the second edition of ‘Goa Mining’ series themed, “Socio-Economic Impact of Mining on Goa & the Future” with expert panellists from diverse sphere deliberating on the ban of iron-ore mining in the state, debilitating state of Goa’s economy, impact on the livelihoods & stress on future generations, eco-friendly and best practices that the industry has adopted in Goa and need for immediate resumption through judicial and legislative amendments.

Speaking at the inaugural address, Sh. Nilesh Cabral, Cabinet Minister of Law & Judiciary, Government of Goa said, “With mining being closed for almost last 3 years and tourism getting impacted because of coronavirus pandemic, we are in an awfully bad state. We are surviving on loans. The loans are formed in bonds. And every month, bonds are floated and that’s how we are surviving. It’s an extremely bad precedent for the state to set up as down the line and at some point of time, we will have to pay back the loans. Then the economy of the state will further collapse as we will not be able to pay back. It’s a debt on the youngsters of today and tomorrow. The ban has also killed entrepreneurship skills in Goans. After the first ban was lifted, small businessmen, barge owners, mechanics etc took loans hoping that this ban will not come again. Now with second ban, Goans have no money and surviving after selling their assets – houses, gold etc.”

Sh Cabral further stated that “Before the mining ban, Goa was a prosperous economy. The state was much ahead from rest of the states in the country on GDP contribution. Now with mining ban, Goa’s GDP has contracted by 20-25% and we hope that policy makers in the centre will make cognizance of this. In Goa, all political parties have come on a common platform and stay united to restart mining in Goa.”

Sharing policy perspective on the issue, Dr. Aruna Sharma, IAS, Former Secretary to Government of India & Co-Chair at Foundation of Resource Convergence stated that, “The whole issue of mining ban in Goa has become a stalemate in policy. These policies have been triggered simply by the Supreme Court judgements. And that is not a healthy atmosphere. The pendulum has to be balanced and both policy and mining have to work together looking at a holistic perspective. The policy makers have to make the amendments in the MMDR Act 2015 which will bring Goa on-par with other states in the Union of India and the mining leases can be extended for another 50 years till 2037.”

Highlighting the impact on the state exchequer and the industry, Mr. Ambar Timblo, President, Goa Mineral Ore Exporters' Association (GMOEA),” Goa’s iron-ore is a low-grade ore which is not consumed by Indian industry and is exported to other countries. Prior to mining shutdown, state of Goa earned over USD 13 billion foreign exchange in just 4 years through iron-ore exports. The ban which has come twice in the last decade has not only significantly impacted Goa’s economy with state debt rising over Rs 13000 crore but state has also lost credibility in international market. It will take more than a decade to regain the confidence. Further, the people who have invested significantly have also lost confidence because of rising debt obligation.”

Talking about the impact that the ban on mining as had on the social fabric of Goa, Mr. Charudutta Panigrahi, Founder & Mentor at Forum for Integrated Development & Research stated that, “Every year we come out with annual reports highlighting the status of livelihood in Goa. For past many decades, mining in Goa has positively contributed to the development of the society with advancement taking in the hinterland. Now, we have found that society in Goa is in brink of disaster. The annual household income in the state has dropped by 50%, loans have not been be repaid, NPA’s are constantly rising.  The social fabric of the state is taking a dent because of the ban as the youth is now migrating out.”

Mr. Cletus D’ Souza, Chairman-Goa Chapter, Mining Engineers Association of India (MEAI), said, “Mining was the backbone of the state and it is heartening to see that how the miners in Goa have conducted activities by adopting all eco-friendly processes. There are testimonies how a thick forest after removing the iron-ore and reclaiming the soil. More than 5 lakh saplings were planted every year and within 3-5 years dumps were reclaimed. It is very sad that few NGO’s have given an incorrect perspective which has led to unemployment. Civil society groups should know that mining industry in Goa being largely self-reliant, it would provide a much-required relief to the wheels of Goan economy.”

Mr. Puti Gaonkar, President, Goa Mining People’s Front (GMPF), said, “We are really disturbed that Goa does not unanimously fall under the jurisdiction of other national laws and is often treated differently with rest of the states especially for economic and other commercial activities. Because of this inequality, all other states except Goa can extend/ renew life of lease for a period of 50 years from earlier provision of 20 years. This disparity has not only brought economic instability in the state but has also taken away livelihoods of 3,00,000 people whose primary source of earnings had been from the mining activities. Therefore, we urge the Central Government to consider a legislative amendment for restarting iron-ore mining in Goa.”

The state of Goa, which collected Rs 15,000 crore in revenues last year, is already facing a 70 per cent revenue shortfall in the current fiscal in past couple of months. The state debts are standing at an all-time high of more than Rs. 20,000 Crores and the burden on the future generations of Goa is already steadily increasing. The unemployment situation is on at all-time high as both the sectors – Tourism and Mining cannot provide livelihoods to the Goans. In a situation like this mining can significantly relieve the state of much of its debt and improving the overall economy of the state and the country as a whole while also providing a source of livelihood to over 300,000 people.

India has developed an indigenous technology to convert high ash... 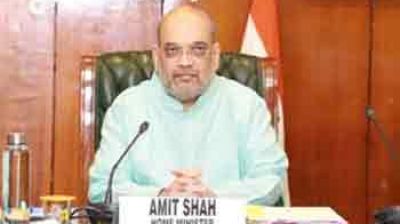 The development of the country and its becoming a five... 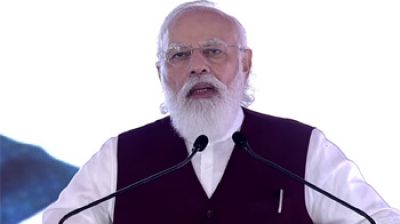 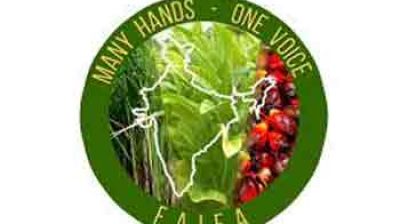 FAIFA Applauds Government’s Push to Digital Technologies in the Farm...