INVC NEWS Chandigarh: Confederation of Indian Industry (CII), in collaboration with the All India Cycle Manufacturers Association (AICMA) and the Government of Punjab is organising the first ‘The Bicycle ExCon 2016’ from 8 to 9 December 2016 at Chandigarh, India. Being held with the aim to provide a new vision to the Bicycle industry in Asia Pacific region, the event will see participation of as many as 13 countries and leading figures of the bicycle Industry, Mr Pankaj Munjal, Chairman, the Bycycle Excon 2016 and CMD, Hero Cycles Limited, said in a statement here today. Members of the Asian Bicycle Alliance (ABA), SAARC & other countries are coming together to explore areas of mutual business opportunities in manufacturing, assembling, infrastructure and other aspects of the cycle industry. The event will feature strong participation of more than 60 foreign delegates from 13 countries, including China, Sri Lanka, Hong Kong, Japan, Jordon, Taiwan, Russia, Germany, Myanmar, Bangladesh, Mozambique, Switzerland and Iran. Representative member companies of China Bicycle Association, Bicycle Association Japan, Jordan Cycling Federation, Taiwan Bicycle Association, Mozambique Bicycling Association, Bangladesh Bicycling Association, Iran Bicycling Association etc are among the participants. The Government of Punjab and CII have joined hands to promote state government’s ambitious project to set up a state-of-the-art ‘Cycle Valley’ at Dhanasu near Ludhiana. This ‘Cycle Valley’ will provide complete ecosystem to attract leading bicycle, e-bikes and part manufacturers to set up their manufacturing units. Another major attraction of the event will be a ‘Cyclothon’, being organised by CII in collaboration with Chandigarh Administration. Budding cyclists & enthusiasts across all age groups would pedal alongside Pros to spread the message of a peaceful, healthy, cleaner & greener planet on Friday, 9th December 2016 at Chandigarh. The two-day event will also have a conference on various issues facing the bicycle industry besides a not-for-sale display of products and business meetings. The event is being supported by the United Cycle & Parts Manufacturers Association (UCPMA), Federation of Industrial and Commercial Organization (FICO) & Chamber of Industrial & Commercial Undertaking (CICU). 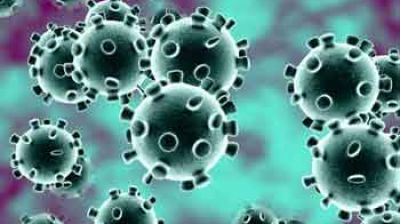 CII proposes action points for strengthening the healthcare and pharma...

Piyush Goyal visit to Bhutan along with CII Business Delegation

Punjab capitalised on an Investment of 57,000 Crores in last...