Our body is all that we have with us till we live and losing any part of it can be traumatizing not just cosmetically or physically but also mentally and emotionally. That combined with the dreadful disease of cancer is what has made breast cancer a very taxing experience. However, Dr. P.S. Venkatesh Rao, Columbia Asia Hospital Hebbal is changing that scenery, in the hope to reduce the anxiety surrounding breast cancer for women.

In a recent case, Dr. Rao had a 60-year-old woman, Lata (name changed), to be treated for breast cancer. With his new and unique approach, Dr. P.S. Venkatesh Rao, Columbia Asia Hospital Hebbal was able to successfully remove the cancerous mass weighing 750 gms from the patient.

In this technique, Dr. Rao made an incision in line with the anterior fold of the patient’s armpit. From this cut, he went to the front and removed the entire breast where the cancer was detected. Additionally, from the same incision, he removed the armpit lymph nodes, leaving no space for doubts or possibilities of further cancer spread. The biopsy study he conducted, also revealed that this particular case did not have any spread in the lymph nodes but just microscopic spread in the breast. Since the breast as well as the lymph nodes had already been removed, the decision was taken that the patient did not require chemotherapy or radiotherapy.

“We are only giving her hormone therapy now to block the female hormone in her through just a tablet which makes no difference, especially for a menopausal lady like her and has no side-effects. It is given because if by any chance there is slightly extreme microscopic spread missed anywhere then it will not be stimulated by the female hormone. Hence, Lata has been freed from cancer without any chemotherapy. This was also possible because her detection was at an early stage. Since the surgical margins are free in this technique, the radiation treatment could be avoided. The chemotherapy is given when there is a chance that it may have spread somewhere in the blood,” informed’ Dr. P.S. Venkatesh Rao, Columbia Asia Hospital Hebbal.

In the traditional technique, the entire breast with the areola (the dark area around the nipple) and part of skin over the breast will be removed. The surgery done to remove breast tissue from a breast to prevent or treat breast cancer is referred to as a mastectomy. To remove the breast tissue, incision (cuts) have been tried through the nipple around the areola, through a cut under the breast, etc. But all of these procedures leave scars for women to bear and deformed breasts. Then eventually, nipple sparing mastectomy was adopted to spare the skin, nipple as well as the areola and leave minimum scar but it too came with complications as the blood supply to the nipple usually gets affected. In addition to that, to remove the lymph nodes of the armpit another incision is required.

For the last few years, there has been discussion about why the entire breast is removed and the women are left disfigured and in mental agony even though they now come at an earlier stage. Earlier women used to come only at a later stage and the skin over it was involved. To find a way out of these complications, Dr. Rao modified the nipple/skin-sparing mastectomy and came up with a new approach to it. This unique technique of removing the breast cancer tissue that he performed was done through below the armpit incision surgery. This proved to have excellent cosmetic results as the scar through the cut is at a position where it is not visible. It also allowed the doctor to remove the entire breast as well as the lymph nodes, leaving hardly any chance of cancer spread, causing no deformity. But the breast bump is still lost and the affected breast looks completely shrunken, if not constructed.

In this particular case, this was not a major problem as the patient did not wish for a reconstruction of the breast at her age and could manage with it. Nowadays, for breast reconstruction, a part of the latissimus dorsi muscle (very huge and one of the most powerful muscles of the body) is used. Through Dr. Rao’s approach, if required the breast can be reconstructed also by taking a part of latissimus through the same incision.

Apart from early detection, the highlight here is the self-examination of Lata who observed a breast lump for 6 weeks after she felt pain in her breast.  It is crucial for women to regularly conduct self-breast examination.

“Anxiety is caused by fear; fear is caused by unknown; you illuminate fear by knowledge and the anxiety goes off. I want women to be empowered and for that I believe they must be correctly informed. SO I encourage self-breast-examination. Many a time the breast lumps are not cancerous so they should not be over stressed, rather just examine and approach the doctor if there is any suspicion,” informed Dr. P.S. Venkatesh Rao, Columbia Asia Hospital Hebbal. 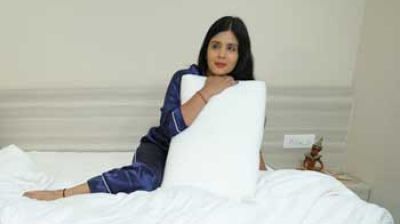 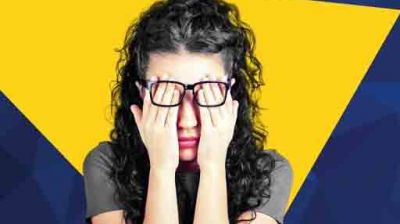 Dry eyes : The sandy sensation in your eye 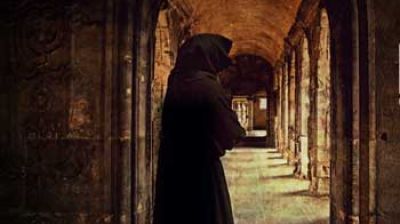 Breastfeeding the magical way to stay fit and healthy post... 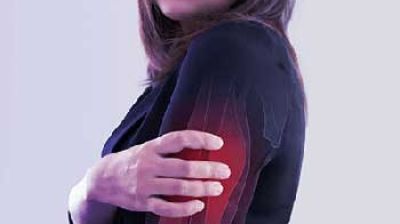 In pain? Using un-prescribed painkillers is not an option to...

Work from home burnout: headache is the new normal

Are you suffering from lung infection, be careful as you...

Tips for parents to help children cope with stress due...