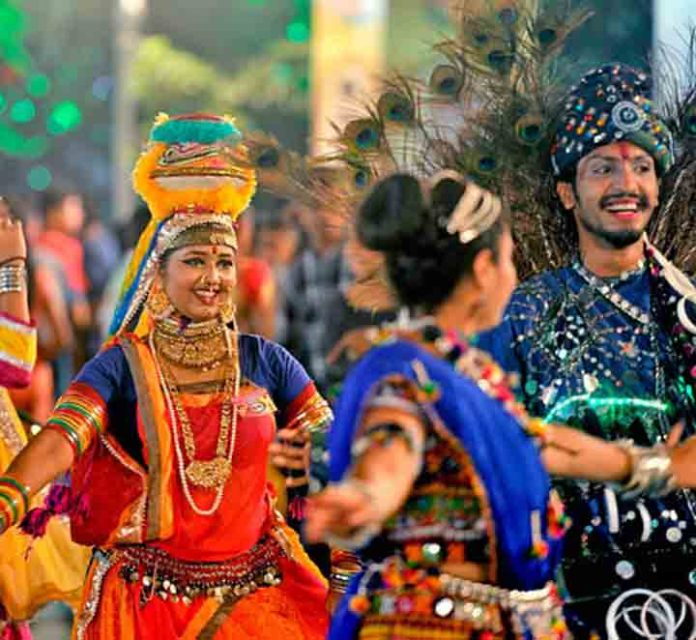 Garba will be celebrated in Navratri starting from 26 October

This time Garba Mahotsav has been kept from 26 September to 4 October. There will also be dandiya. Garba will be celebrated in Gujarati Bhavan for nine days. People of Gujarati society will be able to enjoy doing Garba and Dandiya. Deepak Chauhan, general secretary of Rajput society, said that the women’s wing of the society is soon going to hold a meeting to organize Garba and Dandiya festival on Navratri. For two years, Garba and Dandiya were not organized due to Corona.

Now a new head will be made this year to organize Garba and Dandiya Festival in Char Tamarind Maharana Pratap Bhawan. On behalf of Navyuva Durga Utsav Samiti, Garba and Dandiya festival has been kept for children from 27th September on Jawahar Chowk Smart City Road. Children will be able to do Garba till October 4. Committee’s vice-chairman Nilesh Srivastava told that the work of decorating the tableau of Mataji is going on.

Mataji is being enshrined in Kolar Sarvadharma B Sector Maa Kalpana Chawla Park by Maa Vaishno Devi Utsav Samiti. The head of the committee, Rahul Singh Rathod told that Garba will be celebrated in Navratri starting from 26. Garba and Dandiya will be organized in the tableau courtyard. PLC/GT