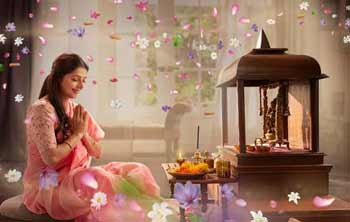 According to the Panchang, on the tenth day of Shukla Paksha of Jyeshtha month, in the Hasta Nakshatra, the mother Ganga, who resides in the heart of the people, had descended on the earth. Therefore, this day is celebrated as Ganga Dussehra, which this time is on 9th June. By bathing and donating in the Ganges on this day, all the sorrows of the creature are removed. Ganga Dussehra is a festival of purification of the body as well as the mind.

How did Mother Ganga descend into the earth?

According to mythology, Maa Ganga was incarnated on Jyeshtha Shukla Dashami in Hasta Nakshatra. It is believed that Bhagirath wanted to bring Ganga to earth for the peace of the soul of his ancestors. Because due to a curse, only Mother Ganga could save them. For which he did severe penance of Mother Ganga. Pleased with his penance, Mother Ganga appeared and Bhagirath prayed to him to come to earth. Then Ganga said, “I am ready to come on earth, but my strong current will bring catastrophe on earth. On which Bhagirath asked him the solution and Ganga told Shiva the solution. It is believed that in order to control the tremendous velocity of Mother Ganga, Lord Shiva absorbed her in his hair so that the earth could be saved from the cataclysm. And after that make the Ganges flow on the earth with a controlled velocity. After which Bhagiratha brought the ashes of his ancestors and liberated them.

Importance of bathing in the Ganges
Maa Ganga is pure, the form of knowledge, the form of desire and action, the quencher of physical, divine and material heat, the form of power, which gives Dharma, Artha, Kama and Moksha to the four Purusharthas. It has been said – ‘Gange Tav Darshanat Mukti’, that is, by the mere sight of Gangaji with sincerity, the living beings get freedom from sufferings and at the same time, by the touch of the Ganges water, one attains heaven.

It is believed that the people suffering from Manglik Dosha get special benefits by worshiping the Ganges and taking a bath in the Ganges ends the effects of inauspicious planets. Worshiping Ganga according to the law is extremely fruitful. Bathing in the Ganges on Amavasya day and doing tarpan and Pind Daan for the ancestors removes the troubles of life.

Donation of ten things on Dashami Tithi
According to Skanda Purana, on the day of Ganga Dussehra, devotees worship Gangaji ten times with reverence and method with ten fragrant flowers, fruits, naivedya, ten lamps and dashang incense. Whatever thing you donate, their number should be ten and whatever you worship with, their number should also be ten. By doing this, auspicious results increase and Mother Ganga, being pleased, frees man from sins. By bathing and donating on this day, the body becomes pure and free from mental disorders. PLC/GT