Home Religion & Society Astrology Ganesh Jayanti 2023 – Know why it is forbidden to see the... 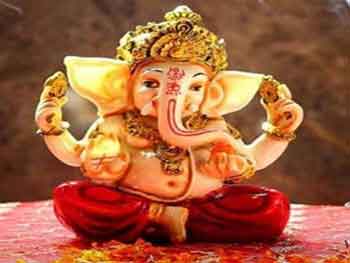 If you are eager to know about Lord Shri Ganesh Jayanti, then this article is only for you. Will try

forbidden time to see the moon

The incarnation day of Lord Shri Ganesh is celebrated as Ganesh Jayanti. According to the calendar, Ganesh Jayanti is celebrated on the fourth day of Shukla Paksha of the month of Magha, which falls between January and February of the Gregorian calendar.

According to the scriptures, do this remedy with Ashoka leaves – miracles will happen

Vastu Shastra: Know in which direction to install the idol of Mother Saraswati on Basant Panchami, from which you will get complete blessings

5 February 2023 Saturn sets : Relief will be available in Sade Sati and Dhaiya