For Yoga, Indo-Sino Relations Is A Match Made In Heaven

Sohan Yoga to launch ‘couple yoga’ centers in the country; plan to establish 30 new yoga training centers across India; Pro-bono training opportunities for the youths in the newly formed UTs of Ladakh and Jammu and Kashmir

Post the Meeting of PM Modi and President Xi on their second informal summit at the historic town of Mamallapuram, there is one more Indo-Sino enterprise that is readying to put a foothold in the country. Sohan Yoga, the brainchild of Mr. Sohan Singh, an expert in couple Yoga and the founder of China’s Sohan Yoga Institute is planning to launch two new initiatives in India. To mark the occasion, Sohan Yoga is launching couple yoga training and is planning to establish 30 states of the art yoga training centers throughout the country. The centers will also provide pro-bono trainings to youths from Ladakh and Jammu and Kashmir to aid in Center’s developmental efforts.

A novel concept in India, couple yoga is quite a rave in China. Started by Mr. Singh, it is a form of Yoga in which a couple can exercise together, developing not only wellness and health but also strengthening emotional connect. Inspired by PM Modi's revolutionary 'Fit India Movement', Sohan Yoga also believes that Fitness is not just a word, it is a key requirement of a healthy and happy life.

“Yoga is for unity. It is not just a means of bringing in peace and bliss, but also cornerstones for the realization of the unification of oneself. By introducing a couple yoga, we want to extend that same feeling of being together to two people who matter the most to one another”, said Mr. Singh, on its launch.

Apart from that, Sohan Yoga is also planning to invest in India, especially Ladakh and J&K. Over the course of the next five years, they are planning to establish 30 new yoga training centers in the country, with pro-bono training opportunities for the youths belonging to the two newly formed union territories. Apart from flagship couple yoga, the centers will impart training in Hatha Yoga, Astanga Yoga, Flow Yoga, therapy courses, etc.

“Yoga is about new beginnings too. Just like the Indian government, we want to provide the youths of Ladakh and J&K with a new shot at a better life. We want to invest in their future. We believe that the people of the region need a healing touch while they move towards greater integration with the rest of the country. And what better way to do that than equipping them with new skills and preparing them to sustain their livelihood. While the centers will be spread across the country, the above two states will remain our primary focus. Of course, all of these plans are subject to government permission, which we are sure will come along”, added Mr. Singh.


A special form of Yoga, Sohan Yoga is set to reach India. It has been developed by and an Indian Yogi and has been adopted by over a million Chinese. Mr. Sohan Singh, a yogi and entrepreneur, who has been instrumental in spreading the essence and practice of Yoga among Chinese people in a big way, is a proponent of Sohan Yoga, which aims at the purification of the body and mind at the subtle level, bringing the practitioner into an ecstatic state of living. It also creates a sense of peace and bliss, which are the cornerstones for the realization of unification of oneself, the real energy of yoga. Mr. Sohan is known for couple Yoga, a form of Yoga in which a couple can exercise together, developing not only wellness and health but also strengthening emotional connect.

The story of Mr. Sohan Singh is captivating. Initiated in yoga by his mother at the age of 12, he grew to become a Professor in IT. However, the love of Yoga never left him, and he shifted to be a full-time Yoga Guru in China. In 2014 he established Sohan Yoga Institute in China which presently has 10 yoga centers across China providing various Indian yoga courses including Hatha, Asthanga, Flow Yoga, Couple Yoga, therapy courses, etc. Sohan Singh advises eating clean, living mindfully, and designing lifestyle so people can spend their quality hours and energy with  family and friends.

He is an acclaimed expert in Couple Yoga. Sohan Yoga’s couple yoga sessions helps couples understand each other better and to keep the spark in their relationship. It is an excellent class for married couples to imbibe Yogic concepts in their lives, leading to their individual development as well as of their families  and is a great way to learn surrender, build trust, and deepen intimacy.

Sohan Singh also conducts Yoga classes for children He believes Our children live in a hurry-up world of busy parents, school pressures, incessant lessons, video games, malls, and competitive sports. The bustling pace of our children's lives can have a profound effect on their innate joy—and usually not for the better. Yoga presented in a child's language can help counter the stress experienced by little ones living in a hurry-up world. Sohan Yoga for Kids workshop is a fun, interactive and educational experience that enhances their flexibility, strength, coordination, and body awareness. Yoga at an early age encourages self-esteem and body awareness with a physical activity that's non-co

Yoga, which started in India, has of late been finding new footholds across the globe. While its origin dates back to pre-Vedic periods, it’s with the advent of Buddhism that it found its way beyond India to East and the Far East.

“In a sense, India and China are quite closer when it comes to Yoga and its practice. When we think of Couple Yoga and the shared history of Yoga in two countries, it almost feels as if the India-China relations are a match made in heaven. We want to use this opportunity (Modi-Xi meeting) to take this relationship a bit higher”, he concluded.

Obesity is often found concurrently in patients with PCOD 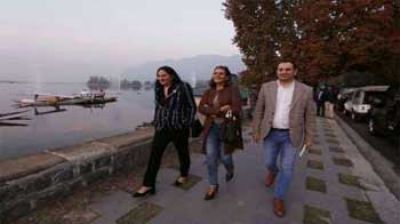 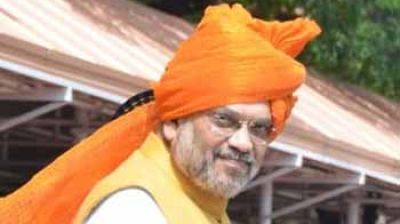 Solution would be found as quickly as possible 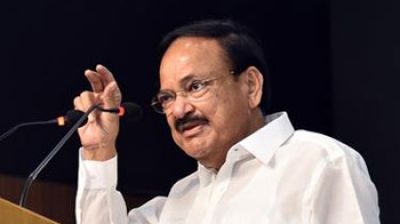 Its dilution would lead to industrialization of Jammu and Kashmir 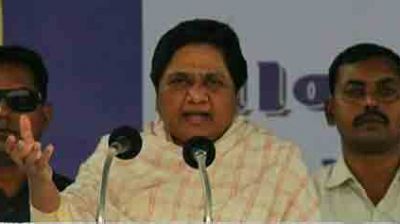