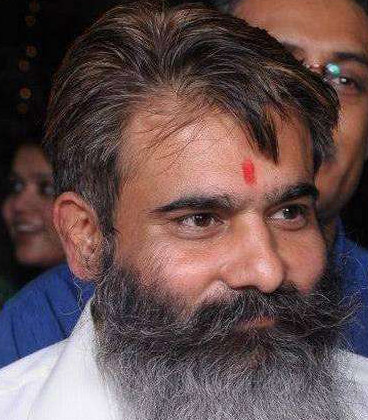 Punjab Civil Supplies and Consumers’ Affairs Minister Mr. Bharat Bhushan Ashu today extended gratitude towards the Centre Government for including Punjab in the list of visits which have to be conducted by the Inter Ministerial Central Team (IMTC) of the Union Government. He said that the pressure exerted by the Punjab Chief Minister Captain Amarinder Singh on the Union Government has forced it to included Punjab in the list. At the same time Mr. Ashu urged the Union Government to give equal importance to the Punjab at par with other states who have been badly affected by the floods. He demanded that Centre Government must give adequate relief to the state of Punjab to mitigate the agony of the flood affected people.

In a press communiqué released here today Mr. Bharat Bhushan Ashu said that earlier the Union Government has kept the state of Punjab out from the list of 11 flood affected states but after the timely intervention of the Chief Minister Captain Amarinder Singh, the Union Government has included Punjab in this list. He expressed surprised over the fact that Punjab has been hit hard by the torrential rains which caused havoc and most of the Punjab was inundated by the flood waters but the Union Government didn’t  take the situation of Punjab seriously. He said that​​ flood has derailed the normal life in Punjab and enormous damage to the life and property has been caused. He said that 10,000 people of 87 villages have been directly affected by the floods as these are completely submerged by the flood water whereas 20 other villages have also lost connect with the other villages due to water stagnation. He applauded the effort of the Army, NDRF teams and other social organizations who gave rendered service to evacuate the people. Mr. Ashu remarked that for the damage to the life and property caused in Punjab a package of Rs. 1000 crore would also not be sufficient. He flagged the point that the estimated damage in Punjab is around Rs. 1700 crore so the Union Government should consider the Punjab case sympathetically and grant financial aid to Punjab with big heart.

The Minister also appealed the general public to stand by the Punjab Government in this hour of distress and donate generously in the Chief Minister’s Relief Fund to help the flood victims.