All new construction that comes within the category of affordable/low cost housing, which is approved by the Government of India under “Pradhan MantriAwasYojana” will be offered plumbing and sanitation solutions of PVC pipes and fittings at subsidized rates by Finolex Industries Limited.This initiative was announced at theCREDAI – National Executive Meeting & Governing Council (ECGC) President’s Conclave at Hotel Westin (Pune).This was one of the biggest conclave consisting of 300 delegates (comprising of 165 City Presidents and 23 State Presidents and members of Executive Committee of the CREDAI National), the conclave touched upon core issues like the Real estate (Regulation and Development) Act 2016, the latest on GST Law, the most ambitious vision of Govt. of India “Housing for All by 2022” and Swach Bharat Abhiyan Speaking on this occasion, Mr. Prakash Chhabria, Executive Chairman, Finolex Industries Ltd. said, “Our endeavour is to lead from the front in finding solutions to challenges faced by the industry and augmenting the growth of the sector. The real estate sector in the growing Indian economy has myriad opportunities to create a win-win scenario and smart environment for all stakeholders.” He added, “With increasing urbanization; trend of mega-township and affordable housing is the need of the hour. Pipes and fittings are like the arteries and veins of the wall and are important to maintain sanitation and health of a building. I would like to announce in front of the meritorious dignitaries present at EC&GC that we will offer PVC pipes and fittings at subsidized rates to affordable housing schemes under the ‘Housing for All by 2022’ vision of our Prime Minister Shri Narendra Modi.”Mr. Nitin Kulkarni, President- Sales and Marketing, Finolex Industries Limited cited that the scheme for subsidized rates under the affordable housing plan is being worked upon internally and will be presented to CREDAI national shortly. Real Estate is not only one of the major contributors to India’s GDP, but also is the 2nd largest employment provider in India. A lot of emphasis has been shared on low cost housing by our Government and the same was highlighted through the sessions at the conclave. The power-packed enlightening sessions had detailed discussion on Smart Cities, forward looking trends in the real estate industry.  The event was attended by prominent guests like Hon. Chief Minister of Maharashtra (Mr. DevendrajiFadnavis), Hon. Guardian Minister of Pune (Mr. Girish Bapat)  ,Mr. Prakash Chhabria, Executive Chairman, Finolex Industries Ltd,Mr. Getamber Anand (President – Credai National), Mr. Satish Magar (Vice President, Credai-  National),Credai Host City –Pune President (Mr. ShantilalKataria), Kunal Kumar- Pune Municipal Commissioner (Pune- A Smart City), and many others
Read the full article
Tags: Executive Chairman Prakash Chhabria Finolex Industries Ltd Nitin Kulkarni Finolex Industries Limited Finolex Industries to offer PVC pipes and fittings at subsidized rates to affordable housing schemes President- Sales and Marketing Swach Bharat Abhiyan Finolex Industires Ltd being felicitated by Maharashtra CM Mr. Devendra Fadnavis at the ECGCConclave. 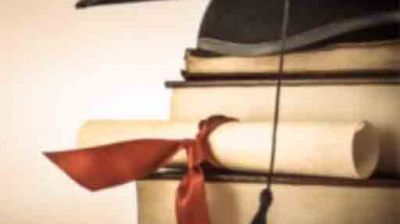 mUni, an end to end higher education solution and digital...