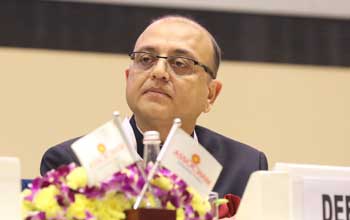 New Delhi,
The RBI’s announcement on key rate cuts and measures to infuse liquidity could just be seen as a quick short term fix, and the government would need to do much more in the immediate future amid coronavirus lockdown, states Deepak Sood, secretary general, ASSOCHAM.

The Reserve Bank of India’s governor, Shaktikanta Das on March 27th, announced a 75 basis rate cut in its repo rates to infuse liquidity and ensure a smooth flow of finance back in the struggling economy. It also announced a whopping 90 basis point cut in the reverse repo rate which would make it unattractive for banks to deposit money with the RBI and compel them to lend more probably to the stressed sectors.

“While these announcements are certainly appreciated, I certainly believe that it may not be enough in the long run. They may certainly stop the economy from a total collapse at the moment, but it, however, won’t be enough to get the economy back in track to where it was once the tide is over,” said Mr Sood.

The stressed banking operations due to coronavirus epidemic have resulted in an unprecedented solution mechanism. Banks are struggling with high NPAs on the one hand and lower credit off-take on the other. The Reserve bank of India also announced a 100 basis point cut in the cash reserve ratio and additional funding through the marginal standing facility (MSF) where banks can borrow overnight by dipping into the statutory liquidity ratio (SLR) has also been increased to 3 per cent from the earlier 2 per cent. These measures were taken with an intention to revive the market for corporate papers. However, it will be totally on banks discretion to take that call.

The Reserve Bank of India also announced a three-month moratorium on EMI’S of all term loans taken from March 1st to May 31st, 2020. In addition, the repayment of credit card dues has also been included under this moratorium plan. Furthermore, according to the RBI making use of such a moratorium would not affect the borrower’s credit ratings in any way. One needs to understand that the Reserve Bank of India has not ordered banks to offer the moratorium as other than ensuring adequate liquidity in the economy, the RBI is equally responsible for maintaining the overall health of the banking system in the country. Therefore, it is totally on the bank’s financial health and discretion, if it wishes to. As per the Reserve Bank of India’s financial stability report released in the month of December 2019, the gross NPAs of all banks collectively till September was less than 10 per cent.

Customers who choose to avail the facility of the moratorium may also be required to pay a higher sum later on as the interest on the outstanding principal amount would keep on accruing. I am of the opinion that one should not opt for the facility unless absolutely necessary.

“I believe that after the moratorium period comes to an end, one could see a rise in the NPAs and surpass the 10 per cent figure this year unless the government comes out with some unconventional measures to mitigate negatives,” said Mr Sood.

This could include the central government making use of the current scenario, wherein the gloom of deflation as well as recession, and no threat of inflation hovers around the economy, to take advantage of the prevailing fiscal deficit present in the financial system, and put together a stimulus package of about $100 to 120 billion that is sure to help revive all sectors in the country. India also stands to gain around $50 billion in fuel import bill due to the fall in global crude prices.

One of the measures could be the temporary suspension of the FRBM (Fiscal Responsibility and Budget Management Rules) Act. This legislation enacted way back in August 2003, which was passed with the aim to make the central government responsible for ensuring ‘inter-generational equity in fiscal management and long-term macro-economic stability’.

This move needs to be carried out to ensure that administrators within the current government at the centre, maintains the nation’s finance with regards to revenue and expenditure in an organized manner, so the future generation does not inherit the burden of dealing with unsustainably high levels of debts. Now, during this nationwide lockdown period, it is the vulnerable sections that are bound to suffer the most. Under such circumstances, they need to be provided with financial support in the form of an appropriate monetary package without the government reeling under the cloud of the FRBM Act.

So, in order to provide sufficient cash flow in the system, it becomes essential to borrow from the market. And the only way to do so without adversely affecting the country’s finance throughout the rest of the financial year is to suspend the FRBM Act temporarily. In fact, with the COVID-19 pandemic still on the rise it would be advisable for the Central Government to take a leaf out of Kerala’s book and withhold this act as soon as possible within the country as a precautionary economic measure. The government also needs to take a pause in monitoring inflation for a year or two so that the checks and balances of the liquidity in the system can be taken off.

With many industries now facing a cash crunch due to the COVID-19 pandemic as well as an overall economic decline, steps to arrest the disruption are extensively needed to minimize the financial struggle to pay their employees and vendors. Now, some of them have been sought after by India Inc, and they include a year-long moratorium by banks on debt repayment, tax cuts, and fiscal stimulus of about Rs. 2 lakhs to those in need via Aadhar based benefits system. However, unfortunately, there has been no response that has been forthcoming from the Central Government yet. The government also needs to continue making payments under all the government and infrastructure projects to ensure a smooth financial flow to all the stakeholders.

Finally, it should also think of revoking of the Basel Norms to allow loans to be restructured. Under the Basel norms, restructuring of banking loans is not allowed. With financial stress mounting up due to the total lockdown, the banks would not find many takers for the NPAs under the Insolvency and Banking Regulation Act. The only solution to stop bank NPAS from rising is relaxing of the Basel norms until the health of the economy improves in the aftermath of COVID-19.