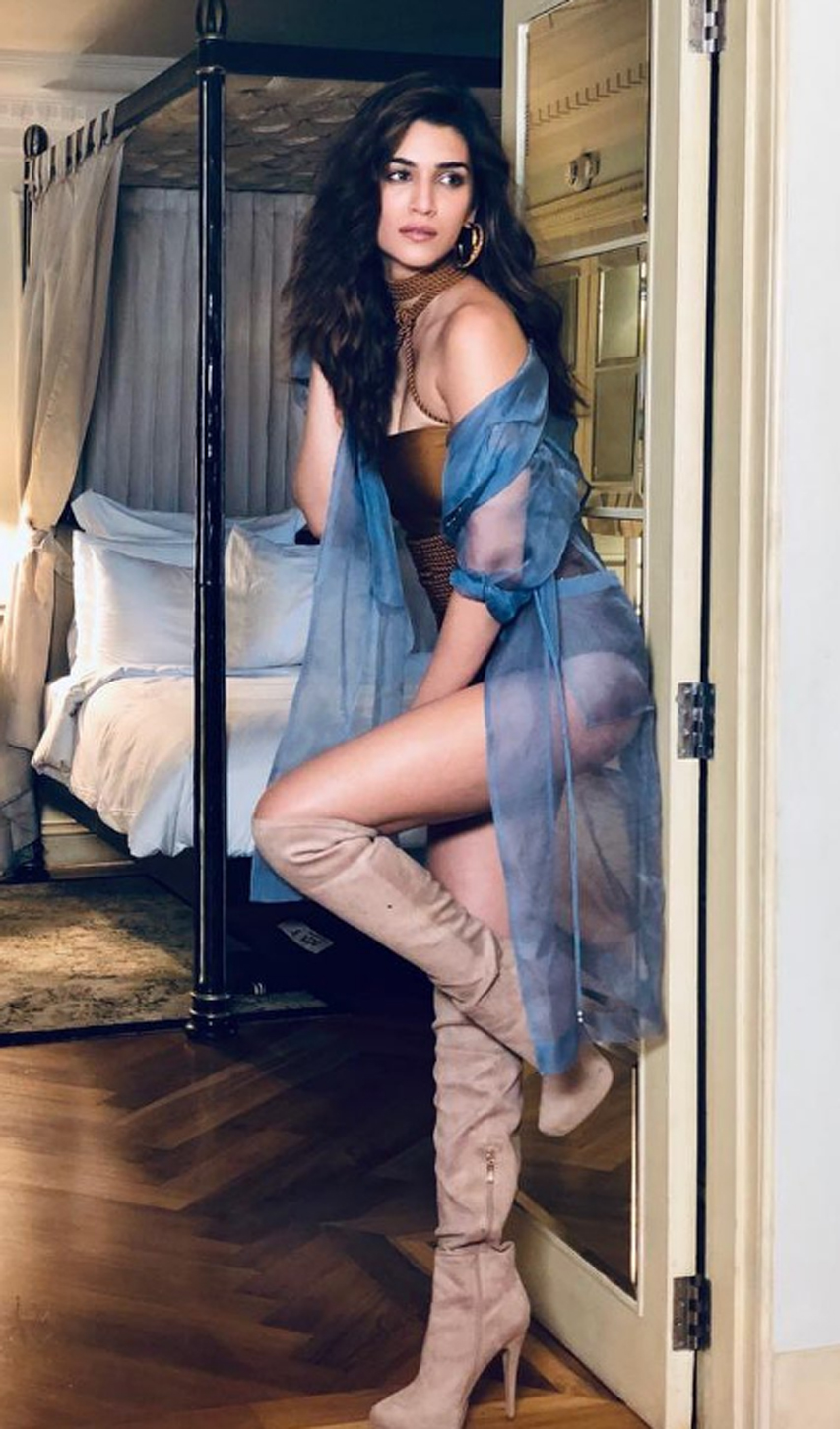 The bold and wild look of Kriti Sanon, Lead actress of the Controversial film Adipurush

Aadipurush’s controversy has been in full swing since the teaser release. Ever since watching the teaser, people have been demanding to ban the film. Meanwhile, now a notice has been sent to the director of the film Om Raut on behalf of the Sarva Brahmin Mahasabha. In the notice, the filmmaker has been asked to apologize.

In the notice sent by the National President of Sarva Brahmin Mahasabha, it is written – Hindu deities have been shown in a wrong way in this film. So much so that Hindu gods and goddesses are shown wearing leather shoes and clothes in the film. Not only this, the notice accused the film that the deities are shown speaking in a very indecent manner in the film. Not only this, Lord Hanuman is also shown as Mughal in Adipurush. Very low level language is spoken in the film, which hurts the religious sentiments of the people. Scenes spreading religious and caste hatred have been inserted in the film. Ramayana is our history and our soul, we cannot see playing with it.

In the notice, allegations of Islamization have been made against Adi Purush. The notice further reads – Which Hindu bears a beard without a mustache, which Lord Hanuman ji is shown in this way in the film. Saif Ali Khan, who played the role of Ravana in the film Adipurush, is also looking like Taimur or Khilji. The film tries to spread hatred among the people by inciting religious sentiments in the country. The notice read, “You are making such a film which is hurting the sentiments of crores of Hindus, so immediately change the scenes of the film.”

Actor Saif Ali Khan’s upcoming film Adipurush has been embroiled in controversy after it has come to light that the film contains objectionable scenes. In this case, Madhya Pradesh Home Minister Dr. Narottam Mishra wrote a letter to the producer-director of the film asking him to remove the scene.

Madhya Pradesh Home Minister Mishra, while discussing with the reporters, has lodged an objection to the scene of this film. He has said that there are many objectionable scenes in the film Adipurush, which slander the faith of Hinduism and hurt religious sentiments. The clothes of Hanuman ji shown in this are of leather. While it is well known what their body clothes are. These scenes are going to hurt the sentiments of the people.

The Home Minister further said, I am writing a letter to the producer-director of the film Om Raut on this. Even after this, if the objectionable scenes are not removed, then the legal side will be considered.

The film Adipurush is a very big budget film. Along with Prabhas, Kriti Sanon and Saif Ali Khan, it is very important for the entire team of Adipurush that the film Adipurush gets released without any controversy.