Total Read - 36        Comments - 4
INVC,, Wardha , 25 trails of solar charkhas commissioned by Mahatma Gandhi Institute of Rural Industrialisation has produced encouraging results. This was stated by Director, MGIRI, Wardha. Revival of charkhas by attaching solarising kits would enable a large number of spindles at a time, thus, increasing productivity and enhancing the earnings of the artisans. This came out at the fifth Meeting of Executive Council of Mahatma Gandhi Institute of Rural Industrialisation (MGIRI), Wardha which was held recently in New Delhi under the Chairmanship of Shri Dinesh Rai, Secretary, Ministry of Micro, Small and Medium Enterprises. The discussion revolved around further development of the interface with technical institutions to forge an effective network in the form of a hub and spoke model for MGIRI. The MGIRI, Wardha has a dedicated team of scientists and is making significant contribution to the process of rural industrialization and has already developed attractive designs for khadi and handicrafts as well as low cost packaging machine during 2009-10. At the meeting the Director, MGIRI also presented the draft Annual Report of the institute for 2009-10 as well as Action Plan for 2010-11. The meeting was attended by representatives of Department of Science & Technology, Ministry of New and Renewable Energy, Council of Scientific and Industrial Research as well as representative of Prime Minister’s Scientific Adviser besides the members of the council. 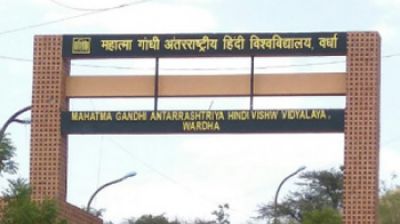