Fertilizers will be available to all on ‘no denial’ basis

INVC NEWS New Delhi , The Government has decided to introduce Direct Benefit Transfer (DBT) system for fertilizer subsidy payments. Under the proposed system, 100% subsidy on various fertilizer grades shall be released to the manufacturers and importers on the basis of actual sales made by the retailer to the beneficiaries. Initially, the modified subsidy procedure under DBT system will be introduced on pilot basis in 16 select districts and after its due stabilization, the new payment system would be rolled out in all states in the second phase. The proposed DBT will address the issues relating to diversion and smuggling of urea. The DBT being implemented in fertilizer subsidy payment is slightly different from the normal DBT being implemented in LPG subsidy. Under the DBT in fertilizer sector, the subsidy will be released to the fertilizer companies instead of the beneficiaries, after the sale is made by the retailers to the beneficiaries on submission of claims generated in the web-based online Integrated Fertilizer Monitoring System (iFMS) by fertilizer companies. After implementation of DBT, it is expected that diversion/smuggling of fertilizers will be reduced to a large extent and the Government will save subsidy to the that extent. However, no assessment has been made to calculate the savings. The proposed DBT for release of fertilizer subsidy to fertilizer companies has no direct relation with landholding of the farmers. The fertilizers will be available to all on ‘no denial’ basis. This information was given by the Minister of State (MoS) in the Ministry of Chemicals and Fertilizers, Shipping, Road Transport & Highways Sh. Mansukh L. Mandaviya

Read the full article
Tags: Direct Benefit Transfer Fertilizers will be available to all on ‘no denial’ basis DBT system for fertilizer subsidy payments 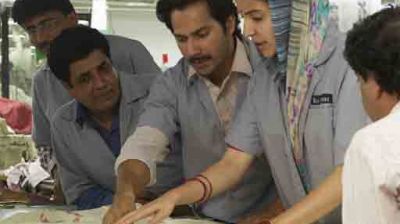 Varun-Anushka work in a Delhi textile factory for Sui Dhaaga 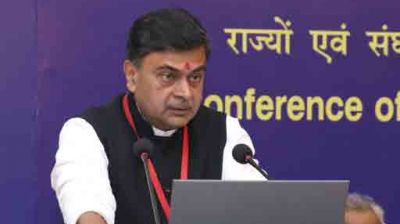 Subsidies in power sector should be routed through Direct Benefit... 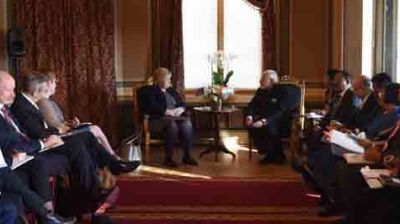 India is going through a great transformation today

AWARENESS ON WELFARE SCHEMES IS A MUST : ANANDITA MITTRA

Direct Benefit Transfer Scheme Rolled Out By The Administration