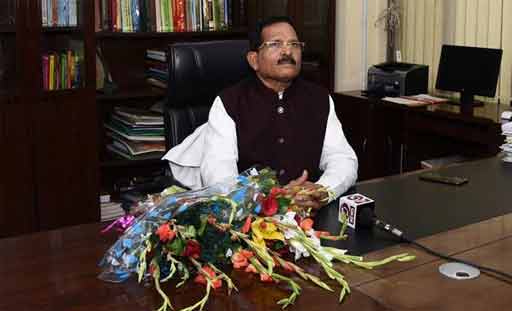 In May, 2001, the Defence Industry sector, which was hitherto reserved for the public sector, was opened up to 100% for Indian private sector participation through licensing.  442 licenses for manufacturing of defence items have been issued so far.  The Defence Product List has been progressively rationalised and trimmed and licensing procedure has been further simplified.  The Annual Turnover as reported by companies operating in Defence and Aerospace sectors in the private sector for the year 2018-19 is approximately Rs.15,000 crores, while the corresponding figures for Public sector is Rs.63208 crores.

In order to increase private sector participation and to simplify the procedures, following measures have been taken during the last three financial years:-

Defence Procurement Procedure (DPP) has been revised in 2016 wherein specific provisions have been introduced for stimulating growth of the domestic defence industry.
A new category of procurement ‘Buy {Indian-IDDM (Indigenously Designed, Developed and Manufactured)}’ has been introduced in DPP-2016 to promote indigenous design and development of defence equipment.  It has been accorded top most priority for procurement of capital equipment.  Besides this, preference has been accorded to ‘Buy (Indian)’, ‘Buy and Make (Indian)’ & ‘Make’ categories of capital acquisition over ‘Buy (Global)’& ‘Buy & Make (Global)’categories.
Government has notified the ‘Strategic Partnership (SP)’ Model which envisages establishment of long-term strategic partnerships with Indian entities through a transparent and competitive process, wherein they would tie up with global Original Equipment Manufacturers (OEMs) to seek technology transfers to set up domestic manufacturing infrastructure and supply chains.
The ‘Make’ Procedure has been simplified with provisions for funding of 90% of development cost by the Government to Indian industry and reserving projects not exceeding development cost of Rs.10 crore (Government funded) and Rs.3 crore (Industry funded) for MSMEs.
Separate procedure for ‘Make-II’ sub-category has been notified wherein a number of industry friendly provisions such as relaxation of eligibility criterion, minimal documentation, provision for considering proposals suggested by industry/individual etc., have been introduced. Till date, 36 proposals for development by industry have been given ‘In-principle’ approval under Make-II.
Government has decided to establish two defence industrial corridors to serve as an engine of economic development and growth of defence industrial base in the country.  These are spanning across Chennai, Hosur, Coimbatore, Salem and Tiruchirappalli in Tamil Nadu and across Aligarh, Agra, Jhansi, Chitrakoot, Kanpur and Lucknow in Uttar Pradesh (UP).
An innovation ecosystem for Defence titled Innovations for Defence Excellence (iDEX) has been launched in April, 2018.  iDEX is aimed at creation of an ecosystem to foster innovation and technology development in Defence and Aerospace by engaging Industries including MSMEs, Start-ups, Individual Innovators, R&D institutes and Academia and provide them grants/funding and other support to carry out R&D which has potential for future adoption for Indian defence and aerospace needs.
The Ministry has instituted a new framework titled ‘Mission Raksha Gyan Shakti’ which aims to provide boost to the IPR culture in indigenous defence industry.
Government has notified a Policy for indigenisation of components and spares used in Defence Platforms in March, 2019 with the objective to create an industry ecosystem which is able to indigenize the imported components (including alloys & special materials) and sub-assemblies for defence equipment and platform manufactured in India.
Defence Investor Cell has been created in the Ministry to provide all necessary information including addressing queries related to investment opportunities, procedures and regulatory requirements for investment in the sector.
FDI Policy has been revised and under the revised policy, FDI is allowed under automatic route upto 49% and beyond 49% through Government route wherever it is likely to result in access to modern technology or for other reasons to be recorded.
The process for export clearance has been streamlined and made transparent & online.  Scheme for promotion of defence Exports has been notified.
Government has set up the Technology Development Fund (TDF) to encourage participation of public/private industries especially MSMEs, through provision of grants, so as to create an eco-system for enhancing cutting edge technology capability for defence applications.
Offset guidelines have been made flexible by allowing change of Indian Offset Partners (IOPs) and offset components, even in signed contracts.  Foreign Original Equipment Manufacturers (OEMs) are now not required to indicate the details of IOPs and products at the time of signing of contracts.  ‘Services’ as an avenue of offset have been re-instated.

This information was given by Raksha Rajya Mantri Shri Shripad Naik

Health and Wellness Programme will provide services to the needy people

The Corporatisation of OFB will improve its autonomy, accountability and efficiency in Ordnance Supplies

Curtain raiser would mark out a 10-day official countdown