Home Business FDI jumped by 39% since FIF came into being 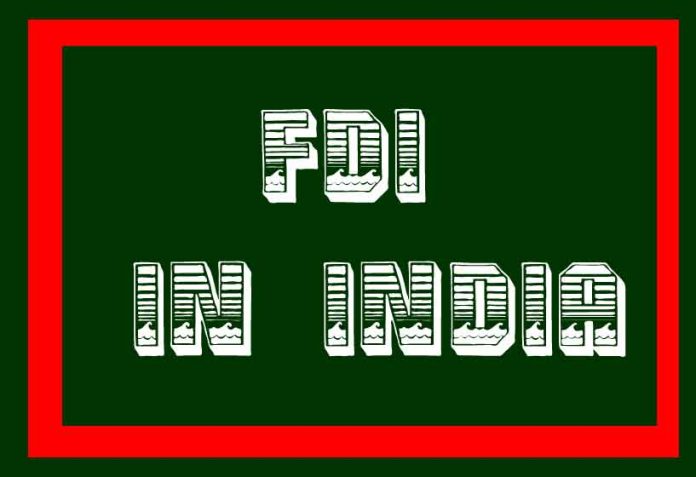 INVC NEWS
New Delhi ,
853 FDI proposals have been disposed off through the Foreign Investment Facilitation Portal (FIF) since abolishment of Foreign Investment Promotion Board (FIPB). The proposal for abolition of FIPB was approved by the Union Cabinet in its meeting on 24th May, 2017. Subsequent to abolition of the Foreign Investment Promotion Board (FIPB), granting of government approval for foreign investment under the extant FDI Policy and FEMA Regulations was entrusted to the concerned Administrative Ministries/Departments and Department for Promotion of Industry and Internal Trade (DPIIT), Ministry of Commerce & Industry, was made the nodal Department.

The FDI proposals were, thereafter, required to be filed only on Foreign Investment Facilitation Portal (FIF Portal) at https://fifp.gov.in, which is managed by DPIIT. The proposals filed on FIF Portal are forwarded to the concerned Administrative Ministry and are also simultaneously marked to Ministry of External Affairs (MEA) and Reserve Bank of India (RBI) for comments and to Ministry of Home Affairs (MHA) for necessary security clearance, wherever required as per the FDI Policy/ FEM Regulations.

A Standard Operating Procedure (SOP) for processing of FDI proposals, including documents to be filed, through FIF Portal was framed and laid down by DPIIT on 29th June, 2017 with amendment on 09th Jan, 2020.

Since then, not only the FDI has increased so have the number of countries bringing in FDI into India.  In FY 2014-15, FDI inflow in India stood at mere USD 45.15 billion, which increased to USD 60.22 billion in 2016-17 and further to the highest ever annual FDI inflow of USD 83.57 billion reported during the FY 2021-22 despite COVID-19 pandemic and recent Russia-Ukraine conflict. During FY 2021-22 FDI has been reported from 101 countries, whereas, it was reported from 97 countries during previous financial year (2020-21).

Regular round table conferences are conducted with investors and law firms alike to keep abreast of the practical issues and problems being faced at the ground level. The FDI proposal form on FIF Portal is regularly reviewed to reduce compliance burden on applicants. FAQs have been updated and placed on DPIIT website and on FIF Portal for ease of access. Hence, continuous effort is made by DPIIT to ensure that India remains an investor friendly destination.

Department of telecommunications and the year end review