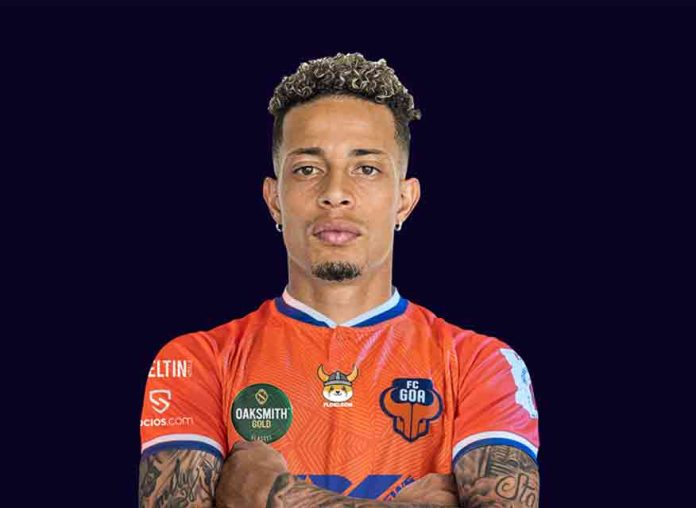 FC Goa have completed the signing of winger Noah Sadaoui, the Club can confirm. Having penned a two-year deal with the Gaurs, the Moroccan international will represent them till the summer of 2024.

“I’m pleased to begin the next phase of my career with FC Goa. The Club are not new to me, we’ve been speaking to each other for nearly two years now, and I’ve used this time to follow them and their performances in the Indian Super League, Durand Cup and so on,” Sadaoui said to fcgoa.in after signing on the dotted line.

“What really got me wanting to sign with FC Goa was their hunger to win matches and trophies. It was quite evident in the videos of the team playing that I watched. Later, I spoke to the head coach (Carlos Pena) and he made me feel welcome.

“I had offers from clubs in other countries as well, but when the coach himself had a chat with me and made it clear that he believes in my abilities, it gave me the confidence to decide that I’m joining them,” he further added.

Ravi Puskur, FC Goa’s Director of Football also shared his thoughts on the player. He said, “Noah is another product of the extensive scouting work we do throughout the years. He’s somebody we were very interested in a few years ago and have always maintained that interest. This year, when the opportunity opened up, we pushed hard to ensure we got him on board.

“Noah’s an x-factor player who is more than capable of the unpredictable and can play anywhere across the front line. He has a natural eye for goal and his movements to create space will make him a real handful for defenders this year. With Noah’s arrival adding to that of Alvaro and Iker, we have a truly dynamic front line that has the capacity to excite our fans.”

Experience of playing in multiple countries across the world

Sadaoui has so far made four appearances for the Moroccan National Team, starting in both the semi-finals and the final of the 2020 African Nations Championship, helping Morocco to the crown.

Born in Morocco, Sadaoui took his baby steps into football at the youth ranks of Wydad Casablanca, one of the biggest clubs in the country. At the age of 11, he emigrated to the USA with his family and went on to join the academy of Major League Soccer side New York Red Bulls.

Cape Town Spurs gave Sadaoui his first taste of silverware, as he helped them win the 2015 MTN 8, South Africa’s biggest cup competition thanks to his three goals in three matches.

His next destination was Miami United, with whom he won the 2016 National Premier Soccer League.

The 28-year-old then went on to feature for Real CD Espana (Honduras), Al-Kaburah and Mirbat SC (both Oman), ENPPI SC (Egypt), MC Oujda, Raja Casablanca and AS FAR Rabat (all Morocco).

In Season 2019-20, the club won the ISL League Winners Shield by finishing top of the table in the league stages and also became the first-ever club from India to play in the group stages of the AFC Champions League in April 2021.

Co-owned by Mr Jaydev Mody, Mr Akshay Tandon and Mr Virat Kohli, FC Goa is one of the few Indian Clubs to have a complete youth development ecosystem. Its U14, U16, U18 and Developmental Teams compete at the highest levels in Goa and India. The system has produced recognizable talents like Liston Colaco, Saviour Gama, Princeton Rebello and many more.

Livestock along with human resource is the biggest asset of India

This would fulfil the obligations arising from Article 25 and 30...

Financial assistance is being provided for the construction of 122.69 lakh...