The scintillating fashion show staged opposite Hotel Rajhans on Saturday evening as a part of the celebration in the 27th Surajkund International Crafts Mela, showcased the rich traditions of textiles and styles of Karnataka. The audience witnessed some of the hidden treasures of exciting and exuberant crafts and designs originated from the state. More than a dozen known models were among those who sashayed down the ramp flaunting the collections of leading names from the fashion world.Blending folk elements with the traditions, the fashion show used entire material that exclusively comes from Karnataka. The fashion and manufacturing houses like Karnataka Handloom Development Corporation’s (KHDC) Priyadarshani, Karnataka Silk Industries Corporation (KSIC) and Royal House of Mysore showcased saris with traditional embroidery ‘Kasuti’ and saris of varied kinds like ‘Ilkal’, ‘Molkalmure’ and ‘Kancheepuram’ besides others. For those interesting in draping these saris can lap up some from the Mela, as KHDC and KSIC have set up their stalls.It was not just sarees but the ultimate silk fabric that could be crafted for designing salwar kameez, lehnga choli, men’s shirts, achkans and other Indo-western outfits, which were presented in the fashion show. The supermodels like Lakshmi Rana, Carol Gracious and Diana along with actor-model Shahwar Ali, Asian Games and Commonwealth boxing champ Jai Bhagwan and Mr India 2012 Arry Dabas (a Haryana boy based in Bangalore) clad in extravagantly designed clothes with unique patterns and brilliantly coloured fabrics elegantly walked down the ramp.The show was choreographed by Prasad Bidappa, an ace choreographer, who also anchored the show. Designers Shoba Nickham, Manish Saksena and Anjali Sharma presented an exquisite trousseau range of sarees, lehnga cholis and outfits that reflected a blend of traditional and contemporary silhouettes.The fashion rounds were interspersed with the folk dance sequences, which were full of energy and passion.While the spectators were enthralled by the fashion show during the evening, the huge turnout at the stalls on Sunday morning also gave full value for money to visitors, as there were some new exhibitors from Afghanistan and Pakistan. The hand-woven carpets from Kabul made from sheep wool dyed vegetable colours, without any chemical treatment, were the main attraction at the stall from Afghanistan. While the food stall from Karachi serving ‘biryanis’, kormas and ‘tikkas’ is definitely a hit with the foodies of this region. Being the last Sunday of the Mela, droves of people, numbering over a lakh, came to bag best of handicrafts and handlooms on a good rate and watched the vibrant cultural performances on the Chaupal. One could see visitors clicking pictures with street performers and around specially created ambience of ‘sun and peacock’ all over the Mela. Justice F.M.I. Kalifulla, Supreme Court; Shri Lov Verma, Secretary, NACO, Ministry of Health; Shri Vikram Aggarwal, District and Session Judge, Gurgaon; Shri S.K. Goyal, Director General, ICCR and Shri Mohd. Akil, IG, Law and Order, Haryana Police, were among the dignitaries who visited the Mela on Sunday. Later in the evening, the families gathered at the Natyashala to enjoy the magic show of Samrat Raj Kumar. They were left amazed by the magician’s tricks. Bhojpuri singer Malini Awasthi would be enthralling audience to some folk and rustic melodies tomorrow at Natyashala at 6.30 p.m. 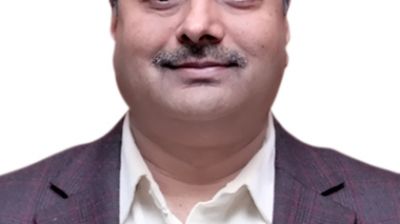 Cleanliness is not just a task but it is a...

Salim-Sulaiman all set to captivate Faridabad at Imperial Blue Superhit...

"All designed with the idea of 'buy less, choose well, wear it over and again and have fun with your own ideas', was Westwood's mission statement, adding - 'PS: I am not depressed. But we must stop climate change'.