Farmers and Fishermen are doing their best

The Union Minister for Fisheries, Animal Husbandry and Dairying,Shri Giriraj Singh today inaugurated the celebrations of World Fisheries Day, 2019 at NASC Complex, PUSA, New Delhi.The Ministers of State for Fisheries, Animal Husbandry and Dairying, Dr Sanjeev Balyan and Shri Pratap Chandra Sarangi also graced the occasion as Guests of Honour.During the event, the Ministers felicitated outstanding fish farmers, aquapreneurs& fisher folks in recognition to their accomplishments in the field and for their contribution into the growth of the sector.

Addressing the august gathering, Union Minister Shri Giriraj Singh said that Farmers and Fishermen are doing their best and attempting various means and ways to make progress in their respective fields. Shri Singh said that Prime Minister Narendra Modi has put his faith on all of them and has made a separate Ministry for Fisheries, Animal Husbandry and Dairying to ensure that all possible help and favourable policies are formulated for their benefit. Shri Singh said that there are lots of opportunities in India and that his goal is to ensure that what was not accomplished in the past 70 years is accomplished in 10 years with the help of all farmers and fishermen.

The Union Minister said thatFisheries is divided in two parts, one part is the Marine fisheries which tapsthe long coastline of India and the other is Inland fishery which is done in Rivers,Canals, Ponds and other small water bodies. He said that people have harvested but not done ranching and also misused during the ban period when fishes mate which has led to a loss of potential and that these should be regulated so as to ensure that fishing is done in a scientific and sustainable manner. Taking the example of Vietnam, Shri Singh said that their productivity is upto 20 times better that that in India and wok needs to be done on that aspect.

Taking the example of Punjab Shri Singh said that Saline water which is considered a problem in most States can be turned into a potential gold mine for farmers and fishermen using shrimps. He said13000 farmers have converted their boats through mechanisationfor better fishing and a Pilot project on 300 boats in Tamil Nadu is being undertaken to check its efficacy. He further said thatCage culture should be adopted in places where ocean/sea is unstable. Shri Singh also said that there is a huge scope for brackish water fishing with good export potential and the Department is making strategy to tap this potential. He also said that the Department will make schemes for training and give field experience/exposure and share best practices among all fishermen.

Union Minister Shri Giriraj Singh stated that following up on Shri Lal Bahadur Shastri Ji’s motto of Jai Jawan, Jai Kisaan, Prime Minister NarendraModi has given the motto of Jai Jawan,Jai Kisaanand Jai Vigyaan which exhorts using technology for the betterment of the entire nation. The Minister said that we have the technology that can give same productivity in one tenth area using RAS technology and that needs to be taken down to the grassroots and implemented. He also said that Cage culture is tested and proven effective for fishing in reservoirs and fishermen need to use this technique more. He further added that Post harvesting losses were 30%earlier but now they have been reduced to 25%and the target is to bring it to 10% in the coming years. He exhortedthat work should be done on identifying those fish breeds that have a good export marketandICAR has taken out 61 varieties of fishes which can be exported and Breeder to market approach will be followed andCluster projectsshould be formed. After giving the Awards, Shri Singh said that the Department will increase the award amount to promote best practices even further as no other sector can give a rate of profit likethe fishing sector.

The Minister of State Shri Sanjeev Kumar Balyan said that a Ministers’ role is to take needs and demands of the people to the bureaucracy and act as a bridge between the masses and the officials to ensure that there is a two-way communication between them and work is done for the betterment of masses. Shri Balyan said that Prime Minister Shri Narendra Modi’s vision of doubling Farmers’ Incomecanonly be fulfilled with promotion of Allied activities such as Animal Husbandry, Dairying and Fishing. Shri Balyan exhorted the National Fisheries Development Board to work more in North India and bring out best practices for the fishing community of the entire country.

Addressing the gathering, Secretary Fisheries Smt.RajniSekhriSibal said that India has a wide variety of fishes and a huge coastal belt. She said that today is an important day as it will help in furtheringPrime Minister Narendra Modi’sgoal of doubling farmers’ income using blue economy as there can be upto 4 times profit arising out of fishing and related activities.The Secretary further said that the Department needs to work hard and bring key policy changes and acts so as to ensure this goal is completed at the earliest. Talking about the marketability of fishes, she said that Trout Fish from Kashmir sells for Rs. 250 in markets of Srinagar but when they come to Delhi, they are sold for 1200 to 1500 but the export prospects are even higher since there is very high demand and the fishermen can get a very good rate for the produce. She further added that Government policy is to promote exports so that fisherman can directly export with help of value chain, cold storage, hatcheries, nurseries, disease control centres etc.but the feed&seeds should be of a good qualityand pathogen free.

The Secretary also gave the example of Iceland which uses all parts of the fish and especially the skin is most expensive whereas in India 25% of fish is wasted. She said that the Department needs to work on this andensure that this loss is minimized. Talking about the output she said that in 2014-15, 10million metric ton (MMT) was produced while it has increased to 13 MMT now and in the next 5 years the target is to increase produce to 20 MMT. Even the productivity which was 2.3tons per hectare earlier has now been increased to 3 tons per hectare. 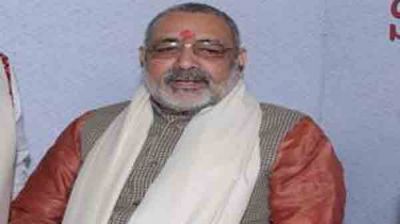 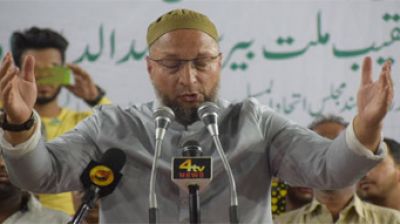 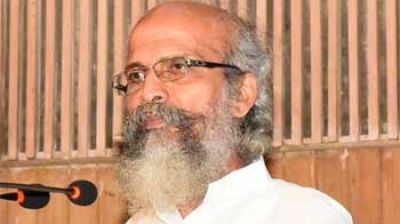 New technologies is essential to compete in the global market 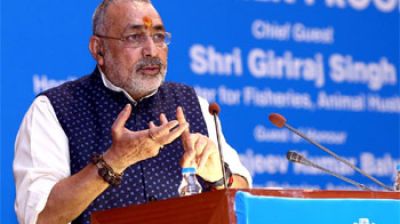 Asserts Agriculture with livestock is the way forward for doubling...

MSMEs have the capability to compete with global companies