Total Read - 83        Comments - 13
Kalpana Palkhiwala** Global warming will have impact on various sectors. A preliminary assessment of impact and vulnerability due to projected climate on sectors such as water resources, agriculture, forestry, natural ecosystems, coastal zones, human heath, energy, industry and infrastructure was undertaken at the time of preparation of India’s Initial National Communication on Climate Change submitted to the United Nations Framework Convention on Climate Change (UNFCCC) in 2004. The Projected climate change impact scenarios indicate increase in and variable trend of both rainfall and temperature into the 21st century, reduction in the quantity of surface run off across the various river basins, droughts and intensity of floods in various parts of the country.

The report of Intergovernmental Panel on Climate Change, a body of scientists and experts appointed under the United Nations Framework Convention on Climate Change (UNFCCC) observes that eleven of the last twelve years rank among the warmest years in the instrumental record of global surface temperature since 1850. The updated 100 year linear trend for 1906-2005 is 0.740C. There is no specific scenario predicated for India in the report, but this will have some effect in the long run.

In most tropical and sub-regions, potential yields are projected to generally decrease. Water scarcity in many water scare areas will be further exacerbated. Population in low –lying coastal areas and small islands would be at particular risk. Ecological productivity and bio diversity will be altered by climate change with increased risk of extinction of some species. Increasing concentrations of Green House Gases (GHG) are also projected to result in changes in frequency, duration and intensity of extreme events such as heat waves and heavy precipitation events. Climate Change would also increase the threats to human health due to increase in vector borne diseases. The impact of climate change would fall disproportionately upon developing countries and would further increase inequities in health status, access to food, clean water and other resources.

Projections of Climate Change for India

Indian projections, under future climate change scenario of increase Green House Gas(GHG) concentrations, indicate marked increase in both rainfall and temperature into the 21st century, particularly becoming conspicuous after 2040’s. Increase in GHG concentrations may lead to overall increase in the rainy day intensity by 1-4 mm/day except   for small areas in northwest India where the rainfall intensities decrease by 1 mm/day.

According to India Meteorological Department, the monsoon rainfall at All India level does not show any trend but there are some regional patterns. This in turn would impact yields of crops. The process of climate change is slow and its effects on agriculture are projected to be apparent over several decades.

The emerging results of analysis of impact of climate change on forest biomes in India seem to be highly vulnerable to the projected change in climate. Majority of the vegetation in India is likely to be less optimally adapted to its existing location and consequently vulnerable to the adverse climatic changes. Biodiversity is also likely to have adverse impact due to this.

According to Intergovernmental Panel on Climate change (IPCC) in its 4th Assessment Report published in 2007, human begins are exposed to climate change through changing weather patterns for example, more intense and frequent extreme events  and indirectly through changes in water, air, food quality and quantity, ecosystems, agriculture and economy.

Increases in malnutrition and consequent disorders, with implications for child growth and development seems other effect on human beings. Particularly those with low adaptive capacity will suffer in different ways. Increase  in deaths, disease and injury due to heat waves, floods, storms, fires and droughts, the increased burden of diarrhoeal disease; increased frequency of cardio-respiratory diseases due to higher concentrations of ground level ozone related to climate change and  altered spatial distribution of some infectious- disease  vectors. Malaria incidences are directly linked to the generation of vectors which are sensitive to temperature, precipitation and humidity conditions.

Large infrastructure such as dams, roads, bridges incurring high costs of construction are vulnerable to extreme events like cyclones, heavy rains, landslides and floods, which may increase in the later half of the century due to climate change. At that time, the currently commissioned infrastructure having lived its normal life span  would be more vulnerable to these recurrent events.

The holistic data of sea level reveals high variability along the Indian coast line with an increase along the Gulf of Kutchh and West Bengal line and decrease along Karnataka coast. The observations indicate a long term average rising trend of 1mm/year in sea level and a projection of rise in a sea level in the range of 46-59 cm by the end of twenty first century. The result of preliminary assessment indicates the vulnerability of Indian coast lines due to sea level rise, tectonic movement, and prevalent hydrographs and physiographic.

Variable impacts of climate change on agriculture have been projected. For instance, increase in CO2 concretion; increase in temperature and variable distribution of rainfall show a mixed projection of yields of various crops across regions. No definite trends have yet been established. While high CO2 can result in growth and increase in plant biomass, high ambient temperature resulting from increased emission can reduce the crop yields. Studies indicate that increased temperature can substantially reduce yields of cereals apart from affecting their quality. Secondary impact of changed pest and disease scenario can further complicate the crop yield situation.

The Expert Committee on Climate Change would be looking into the aspects of measures required for agriculture and to ensure that food security is not threatened due to climate change. Department of Agriculture is in process of preparing a comprehensive action  plan on the  agricultural agenda for the climate change.

According to India Council of Agricultural Research (ICAR), some scanty information of extreme events of cold waves, heat waves and excess rainfall have been noticed. In Agra, Wheat yields were lowered due to cold waves in 2002-03 as compared to previous normal year of 2001-02. In Bihar, loss of seed setting in maize and loss of productivity in boro rice of Assam was recorded in response to extreme coldness.

Research in different Indian Council of Agricultural Research Institutes ( ICAR) through its own programme and research projects funded by National Agriculture Innovate Project (NAIP) is trying to tackle the issue and develop agro technologies including crop varieties and crop growing methods to reduce the adverse impact of emission related climate change and retain high adverse impact on production and productivity. The Expert Committee on Climate Change would also be looking into the aspects of measures required for agriculture and to ensure that food security is not threatened due to climate change. Department of Agriculture is in process of preparing a comprehensive action  plan on the  agricultural agenda for the climate change 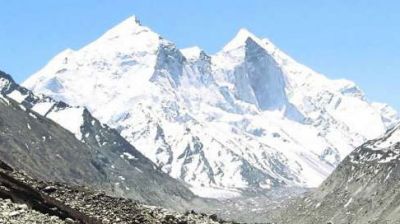 ​Water Crises in India; Water Resource Management is the Key... 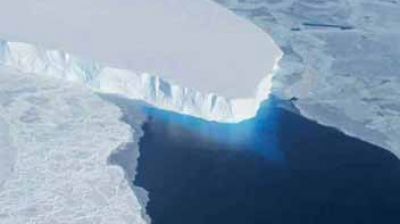 Hey there! This post couldn't be written any better! Reading this post reminds me of my old room mate! He always kept chatting about this. I will forward this write-up to him. Fairly certain he will have a good read. Thanks for sharing!|

I’m certain this is in a position be amazingly useful other people weblog on day by day - all of these seem like pretty just right ideas for how to spend a while along with your site.

I usually donâ€™t post in Blogs but your blog forced me to, amazing work.. beautiful â€¦

You made some good points there. I did a search on the topic and found most people will agree with your blog.

too run an online b usiness (providing web services) as well as working full time for an IT consulting company. I get the perks of both worlds :)

I loved what youve carried out here. The layout is stylish, your articles classy. But, youve obtained an edginess to what youre providing here. Ill surely appear back for a lot more in the event you maintain this up. Dont get rid of desire if not too numerous persons see your vision, know youve received a fan right listed here who values what youve got to say as well as the way youve presented yourself. Very good on you!

I'm incredibly glad to see there's actually a little good content to find out there. I have gotten so sick of google sending me junk.

Thanks so very much for making this available.

WOW!!! I found your blog on yahoo looking for something totally unrelated- and now I'm gonna need to go all the archives XD Good bye my free time this morning, but this was a really awesome find.

Hello, I found your blog in a new directory of blogs. I dont know how your blog came up, must have been a typo, Your blog looks good. Have a nice day.

How-do-you-do, I discovered your blog in a new listing of blogs. I dont know how your site showed up, must have been a typo, NEwayYour Work looks sophisticated. Have a nice day.