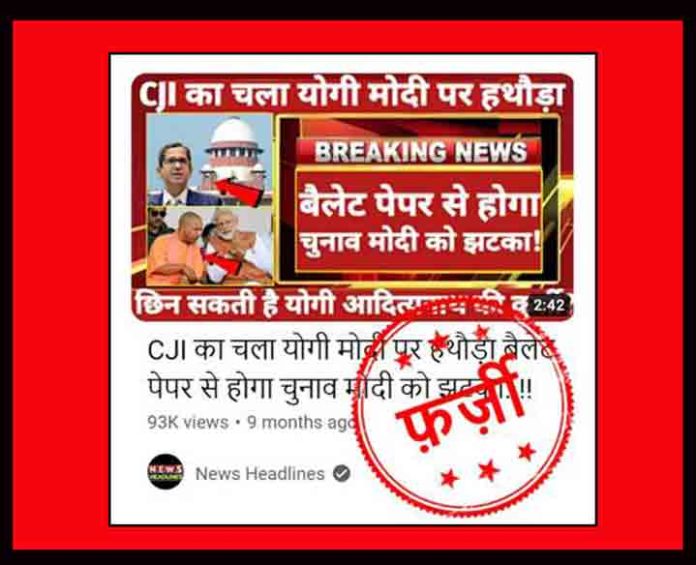 Government of India strikes den of misinformation on YouTube

Fake videos about Supreme Court of India, Chief Justice of India, and Prime Minister of India with lakhs of views busted by PIB Fact Check Unit

In a series of over 40 fact-checks, the PIB Fact Check Unit (FCU) busted three YouTube channels which were spreading false information in India. These YouTube channels had nearly 33 lakh subscribers and their videos, almost all of which were found to be false, were watched over 30 crore times.

These YouTube channels spread false and sensational claims about the Hon’ble Supreme Court of India, Hon’ble Chief Justice of India, Government schemes, Electronic Voting Machines (EVMs), farm loan waivers, etc. among other fake news. Examples include fake news such as the Supreme Court to have ruled that future elections would be conducted by ballot papers; Government giving money to people who have bank accounts, Aadhar Cards and PAN cards; ban on EVMs, etc.

The YouTube channels were observed to be using fake and sensational thumbnails with logos of TV channels and images of their news anchors to mislead the viewers to believe that the news was authentic. These channels were also found to be displaying advertisements on their videos, and monetizing misinformation on YouTube.

Action taken by PIB Fact Check Unit follows blocking of over one hundred YouTube channels by the Ministry of Information and Broadcasting in the past one year. 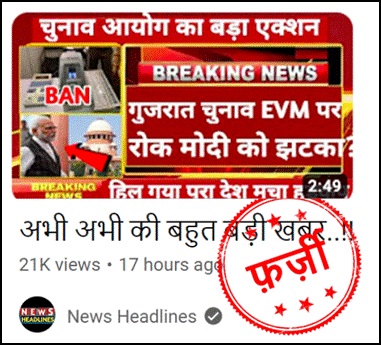 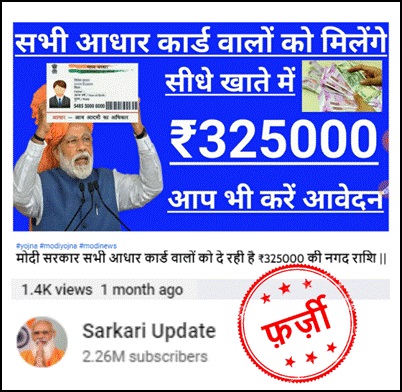 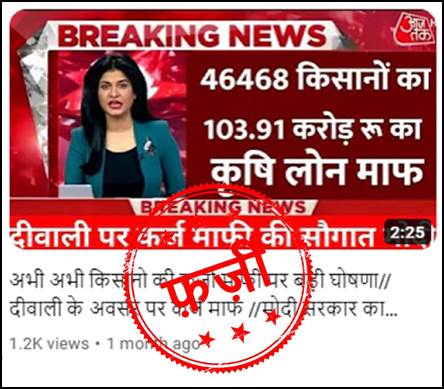